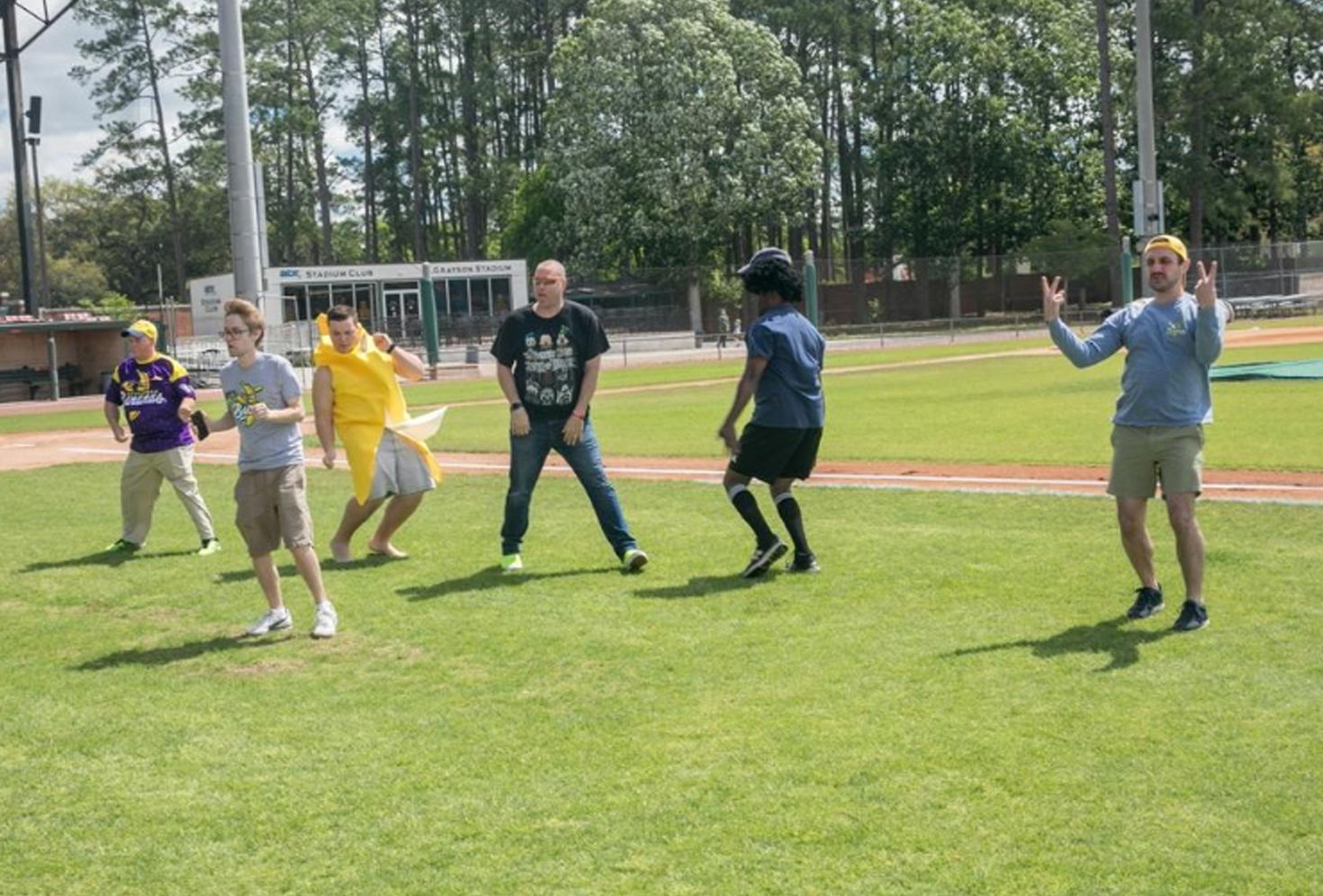 SAVANNAH, Ga. – Inspired by ESPN’s Keith Olbermann’s 2018 article titled, “Want to Fix the MLB All-Star Game? Turn it Upside Down,” the Coastal Plain League and host Savannah Bananas are excited to announce an innovative format for the 2019 CPL AllStar Showdown, presented by MacAljon. The event will take place at the home of the Bananas, Historic Grayson Stadium, in Savannah, Ga., July 7-8, 2019.

“Jesse [Cole] and his staff approached us with this concept towards the end of last season, and it peaked our interest,” said CPL COO/Commissioner Justin Sellers. “It’s definitely unlike anything done before, but we feel our All-Star event lends itself to creativity and trying new things. The more we have dove into the particulars between our staff and the Bananas, the more excited we are about the CPL All-Star Showdown and we look forward to treating the players and fans to something unique.”

“Our mission is simple: fans first, entertain always,” said Bananas Owner Jesse Cole. “The All-Star Showdown is no different. We are always asking, how can we make the games more exciting and more fun. This format will create non-stop entertainment and action for our fans.”

One representative for each of the six teams will participate in a Home Run Derby to determine the seeding of the Showdown. The top two seeds will be given a “bye” and move on to the semi-final games to be held on Monday. The remaining four teams will compete in the quarterfinal games on Sunday, with the winners advancing to Monday’s semifinals. Each game of the Showdown will be three complete innings in length with tie-breaker rules for any games that remain tied following the third inning of play. So, for Sunday, fans will see a Home Run Derby and six innings of baseball (two quarterfinal games), followed by two semi-final games and the championship for a combined nine innings on Monday.

“We believe having three-inning mini games will create a fast pace, can’t miss show. The Bananas fans are some of the best in the country and this will give them something to root for and get behind,” said Cole.

The Division All-Star teams will be, as they sound, made up of players from within each division as voted on by league coaches, broadcasters and media representatives. All remaining players from each division will be placed on a ballot for fans to vote-in those players they feel deserve to also be recognized as All-Stars on the Fan Vote squad.

“Typically, participating in an All-Star Game will give a pitcher one inning on the mound or a position player up to two at-bats,” said Sellers. “While the Showdown format will still see pitchers only throw one inning, because of the unique format and multiple, shorter games, the position players that advance will be able to see as much as three times as many plate appearances. Pair that with over 30% more players participating, and we feel this Showdown will give more opportunity to our players to play in front of Major League scouts.”

An additional component to the Showdown is that of two pitchers pools: a semifinals arms pool and a championship arms pool. The two teams that advance from Sunday’s quarterfinals will have their head coaches draft their three pitchers for semifinal action; and the same for the two teams that advance to the championship. This way, each pitcher in the Showdown only throws once.

Finally, the sixth and final team will consist of participants with ties to the Savannah area. Of the 12 participants, up to half, including at least one pitcher) can be from the remaining Bananas roster; but the true focus of this team will be on the other community individuals – whether they be first responders, military personnel, teachers, former professional athletes, local celebrities, etc. – that are selected. To aid in the selection process, the Bananas plan to host a try-out open to the public to be held at Grayson Stadium on May 28th.

“Since we’ve arrived in Savannah, we’ve been asked by fans hundreds of times what it take to play for the Bananas,” said Cole. “This is a chance for fans to take the field and join the Bananas to represent Team Savannah in the All-Star Showdown. We are looking for anyone who thinks they have what it takes to play ball at this level. Most importantly, we are looking for people that want to have fun and have a great story.”

People that are interested in playing for the hometown team can sign up for tryouts at
www.thesavannahbananas.com/hometowntryouts.

About the Coastal Plain League:
The Coastal Plain League is the nation’s premier summer collegiate baseball league. Heading into its 23rd season in 2019, the CPL features 16 franchises playing in Georgia, North Carolina, South Carolina and Virginia. To date, the CPL has had nearly 1,550 alumni drafted and 120 alums – including 2017 ALCS MVP, 2017 World Series champion, 2011 AL MVP and Cy Young award winner Justin Verlander, as well as 2017 NLCS MVP Chris Taylor – make their Major League debut. For more information on the Coastal Plain League, please visit the league website at www.coastalplain.com, and be sure to follow us on Facebook, Twitter, Instagram and Snapchat @CPLBaseball.