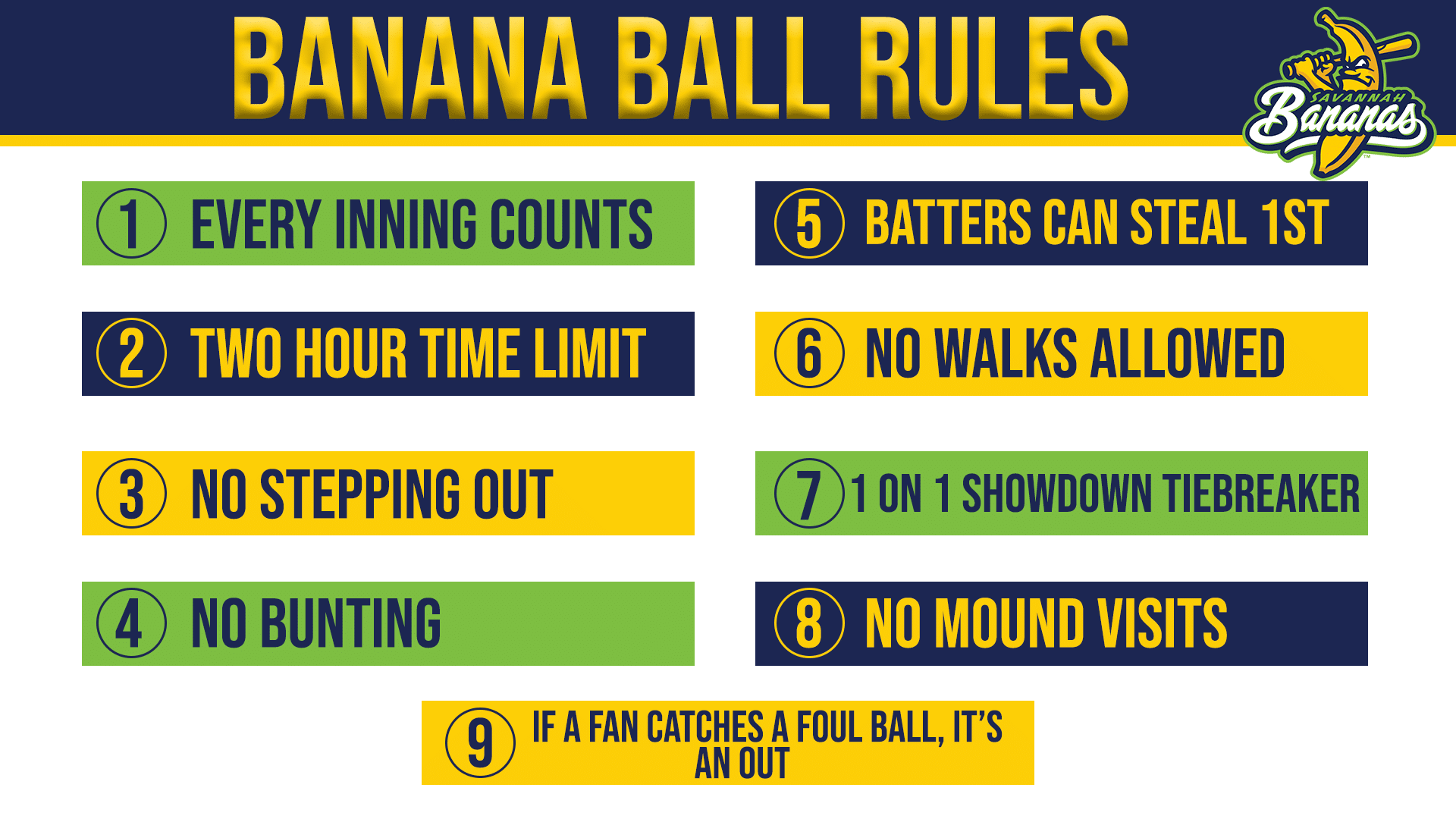 The team that scores the most runs in an inning gets a point.

The first team to five points wins the game.

No inning will start after the two-hour point.  If a team has not reached 5 points, the game will go to a Showdown Tiebreaker

Batters cannot step out of the batter’s box once an at bat starts.  If batter steps out at any point, it’s a strike on the batter.

If a pass ball or wild pitch happens during any pitch of an at-bat, the batter can take off to first.

Each team picks one pitcher and one hitter to face off. The defensive team only has the pitcher, one fielder and catcher on the field. All other fielders are off the field. If a hitter puts the ball in play, he has to score and make it home to get a point.  If the ball is put in play, The pitcher and fielder are allowed to chase the ball and throw the ball to the catcher for a play at the plate.  If a pitcher strikes him out or gets him out before scoring, he doesn’t get a point.  If the batter walks, he can take second base and the hitting team will bring another hitter to the plate.

First team to reach 5 points wins.  If the score is tied – the first team to keep the other team from scoring wins.

Let’s keep the game moving. No mound visits from the coach, catcher or any other players. Hype your pitcher up from afar if needed.

Why not let the fans get in on some of the action?

Latest News
Keep up to date
Categories
Questions? Click Here!
We use cookies to provide you with a better service on our websites. You are free to manage this via your browser setting at any time.
To learn more about how we use the cookies, please see our privacy policy.
OkPrivacy policy