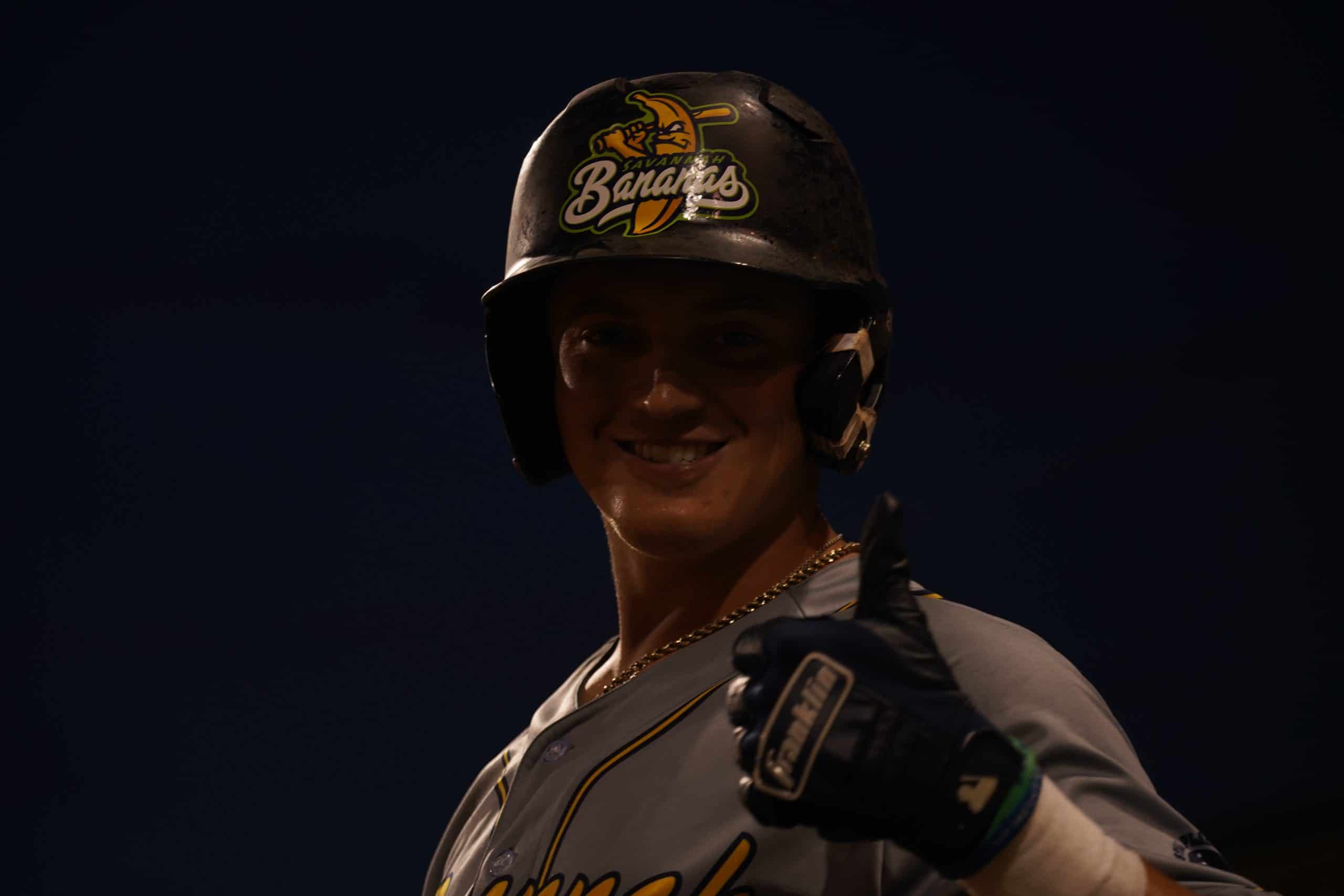 The Bananas took down the Blowfish 11-6 in Lexington County to improve to 6-0 on the season.

Savannah’s starter Joe Miller stifled the Blowfish, striking out 9 without giving up an earned run in 4.2 innings of work. The offensive onslaught started with the Bananas batting around for a 4-run top of the 2nd inning, capped off by an Eduardo Malinowski 2-run single.

The Blowfish fought back, capitalizing on some Bananas defensive miscues to cut a 5-1 lead to 5-4 in the bottom of the 5th. It was only a 1-run game for one inning though, as the Bananas pushed 6 runs across and batted around again in the top of the 6th, this time the big hit being a 2-run single off the bat of Bill Leroy.

There were plenty of big games on offense, but none bigger than 1st baseman Dan Oberst’s 4-5 performance with a run scored and 2 stolen bases. Playing right field, Cole Kitchen shined in his Bananas debut, going 2-4 with a double, 2 runs scored, and a walk. After getting only 2 at-bats this spring at Santa Clara University, the two-way player was happy to be a big part of the team’s success in his first game.

“It’s been a while since I’ve hit consistently,”  Cole said, “but getting in there I had a lot of support from the guys and was able to barrel some balls. This is a team I’ve wanted to play for since high school, and it’s even more fun than I could have imagined. I mean the winning certainly helps,” Cole finished, chuckling.

An early fan favorite this season, center fielder Ty Jackson continued to fill up the stat sheet with a single, a run, an RBI, and a stolen base.

“We were tapped in from the jump,” Ty said, “We got that four nothing lead and never looked back.”

The Bananas are off to their best start in 6 years as a franchise, and look to build on their 6-game winning streak on Saturday night at 7:00pm in Historic Grayson Stadium against the 0-5 Macon Bacon.