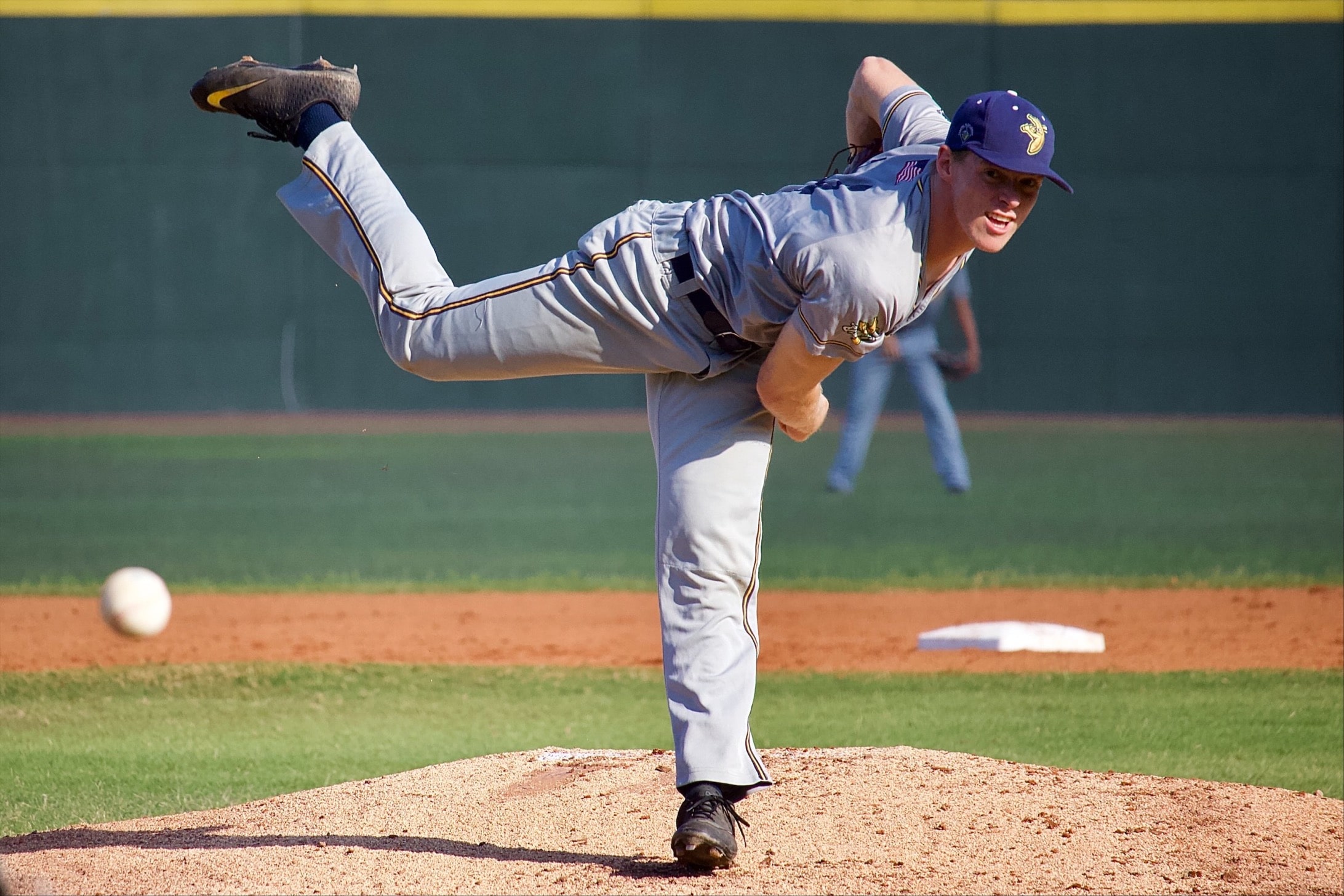 The best team in the CPL just clinched the first spot in the postseason. The Bananas will host a playoff game in Historic Grayson Stadium on August 1st. Mark your calendar, clear your schedule, put your time off request in at work, get on the Bananas priority list for tickets, do whatever you’ve gotta do to get your tush inside Grayson for the game. If you can’t be there in person, I cannot wait to have you on the broadcast with me, because it’s gonna be a wild scene.

The Nanners went into Macon today one win or one Hi-Toms loss away from clinching the first-half Western Division Title. After dropping game one in extras, they came back twice in game 2 to secure a 3-2 victory (the Hi-Toms had lost their second game to the Mustangs so technically the Bananas had already clinched, but better safe than sorry with these things, it could’ve been some alternative facts coming out of Martinsville).

Game 1 was a resumption of a contest from two Saturdays ago (June 12th). The Bananas were up 3-2 from an RBI double off the bat of Tristan, “What was my exit velo on that?”, Peters, and a 2 run triple stroked down the right field line by the actual mayor of Perkins, Georgia (like he’s literally the mayor, look it up), Bill Knight.

Cole, I prefer to eat food from my teammates hands instead of mine, Kitchen, had a bizarre start where he gave up 6 earned runs in 4.1 innings thrown but also struck out 10 Bacon hitters. Nolan, you know Bill Leroy isn’t the only Banana from Dublin, Daniel, and Dylan, we go from bar to bar on boats down in Louisiana, Cunningham, combined to toss 4.2 scoreless innings of relief to keep the Nanners in the game.

Bryson, “Wanna see me go boom boom?”, Bloomer, went boom boom, blasting the ball 386 feet out to left. Nick, I’m about to lead the Bananas in ejections this summer, Clarno, and Ty, I’m gonna lay Kevin Bacon out the next time he comes at me with a towel, Jackson, were driven in by Peters and Danny, I may never win a stare down with Reggie again in my life, Oberst, to tie the game at 6.

Bryson and Danny executed a perfect double steal, with Bloomer taking 2nd and Oberst taking home to give the Nanners a 7-6 lead in the 10th. But the Bacon got a bunt base hit and then 2 singles into the outfield to walk the game off in the bottom of the 10th.

For game 2, the Nanners turned to Joe, I LOVE getting into first inning jams, Miller, who allowed his only run of the night on a swinging bunt in the 1st. Joe went 4 innings allowing only 2 hits and striking out 9, overtaking Kyle, I hope Joe does go to the Cape so I can relax and just consistently lead the league in strikeouts, Luigs, taking a 34-31 K lead atop the CPL.

Zane, the silent assassin, Denton, muscled up a 373 foot solo home run to left to open up the 4th inning and tie the game at 1. The Bacon took the lead back in the 5th, picking up an unearned run of Nathan, I keep trying to feed the guys but nobody will eat out of my hands besides Kitch, Dettmer, getting Tyler, I didn’t even think I said the magic word, Gillum, and Nick Clarno ejected. Dettmer K’d a pair in 2 terrific innings on the bump and Zane scored on a wild pitch in the 6th to make it Denton 2, Bacon 2. Then in the 7th, Bill Knight laced a line drive single up the middle, driving home Ty to give the Nanner’s a 3-2 advantage.

The toughest man in the history of Flowery Branch, Georgia, Andrew Armstrong came in for the save and got into trouble with 1st and 3rd and only 1 out in the 9th. Corey, I’m probably the best 1st base coach in the CPL, coaching pitching is just my passion, Pye, chatted with the boys on the mound.

“I told em’ let’s try to pick this guy off 1st,” Pye said. “They had a pinch runner in and I figured the guy would go.”

Sure as can be, Andrew picked the pinch runner off first base who was trying to steal on the first pitch and Zane threw him out at 2nd. After 2 pitches to the hitter, the man on 3rd base, Tim, I would actually say I’m Bill’s best friend at school especially since Kyle abandoned us, Conway, tried to pull a fast one on his North Georgia teammate but got caught dead to rights halfway to home and was tracked down and tagged out on a full-extension dive by Bill.

“We really are best of friends at school,” Bill said, “and he was trying to score on my throw back to Andrew on the mound, but when I didn’t throw it and I looked down at him he had a huge smile on his face. It felt great tracking him down to end the game.”

So just like that the game was over, with the Nanners securing a 3-2 win, and putting an exclamation point on their home playoff game clinching evening.

The boys return home tomorrow to take on the Bacon again, and celebrate their first half domination over the CPL West. A quick reminder from your friendly neighborhood broadcaster, if you want to be in the stadium for the Bananas first playoff game on August 1st, you need to get in on the Nanners priority list for tickets! They will fly off the internet faster the first round of potstickers at a Skalla family reunion (trust me, that’s incredibly fast).

If you won’t be in the building tomorrow evening, please join me on Bananas Insiders for the Nanners division winning ceremony and all the action afterwards as the guys try to improve to 11-0 at home on the summer!

What a wild ride this season has been, and with 17 wins in 19 games played, boy it feels good knowing this team has already clinched their ticket to the postseason. Let’s get weird on the morrow and keep the party pumping!