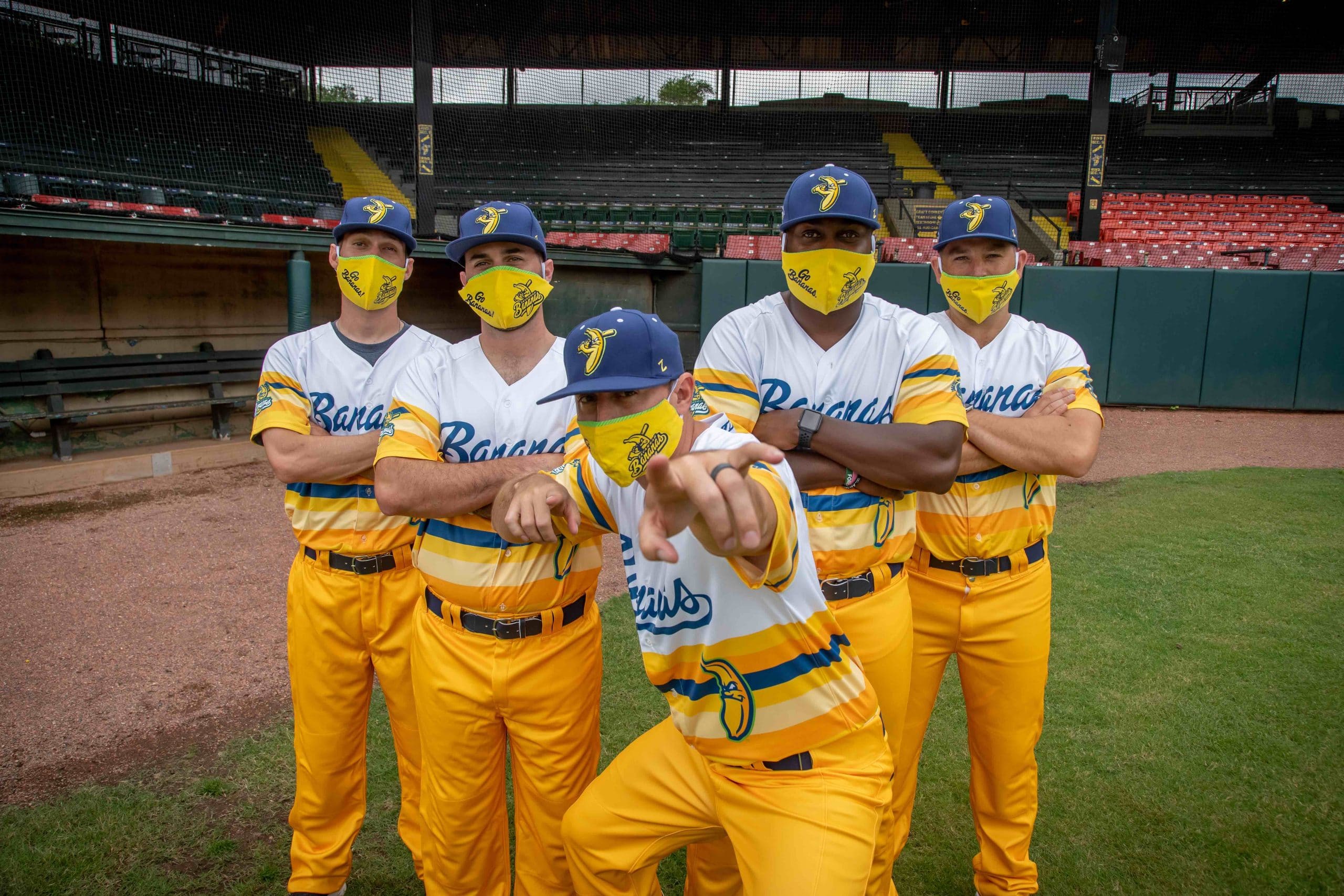 One lucky person will have the opportunity to coach for the Savannah Bananas when the One City World
Tour comes to Mobile on March 26. The fan will be on the field with the team and involved in the Bananas
coaching decisions.

Fans can submit nominations for who they think should be the guest coach of the Bananas at Hank Aaron
Stadium. The Bananas are encouraging anyone and everyone to put their name – or someone else’s name –
in for consideration. Fans who nominate themselves have the opportunity to show off their personality by
creating and submitting a video for the Bananas to see in addition to their name and background. The
deadline for nominations to coach for the Savannah Bananas in Mobile is December 15 at
thesavannahbananas.com/onecityworldtour.

The Bananas have been led by a variety of coaches over the years from different backgrounds and with
unique skills. The original coach of the Bananas, Sean West, won the league championship in 2016 and
helped developed some of the highest draft picks in Bananas history. The current coach, Tyler Gillum, wears
cowboy boots during games and is known for his aggressive style of play and high-scoring offense. In addition
to those minds, the Bananas have baseball’s only Grandma Assistant Coach, an 8-year-old strength and
conditioning coach, a team luchador as the intimidation coach, and the world-famous dancing first base
coach.

“We need a coach from Mobile that has flair, an eye for the game, and overall showmanship. We’re not
looking for the traditional coach. We want someone who the fans of Mobile want to come and see at the
stadium. There are no rules for who this person could be,” said Jesse Cole, Bananas Team Owner. “We need a
true motivator – a cross between Vince Lombardi and Vince McMahon,” he continued.

To see the Savannah Bananas One City World Tour at Hank Aaron Stadium on March 26, go to
www.thesavannahbananas.com/onecityworldtour and join the Ticket Priority List or to get information on
group outings or suite packages. Over 1,000 fans have already joined the list in anticipation of tickets going
on sale in January.

Since arriving in Savannah, the Bananas have received worldwide attention and have sold out every night
with over 4,000 fans in attendance. The team has been featured by MSNBC, CNN, ESPN and numerous global
media outlets for everything from playing a game in kilts, to hiring a breakdancing first base coach, selling
Dolce & Banana underwear and bringing on the first Grandma Assistant Coach. From the Banana Nanas
Dance Team, Banana Pep Band, Dad Bod Cheerleading Squad and world-famous dancing players, the Bananas
have been entertaining hundreds of thousands of fans since day one.