skip to Main Content
912-712-2482
From Catcher To Pitcher, Zach Cable’s Summer in Savannah 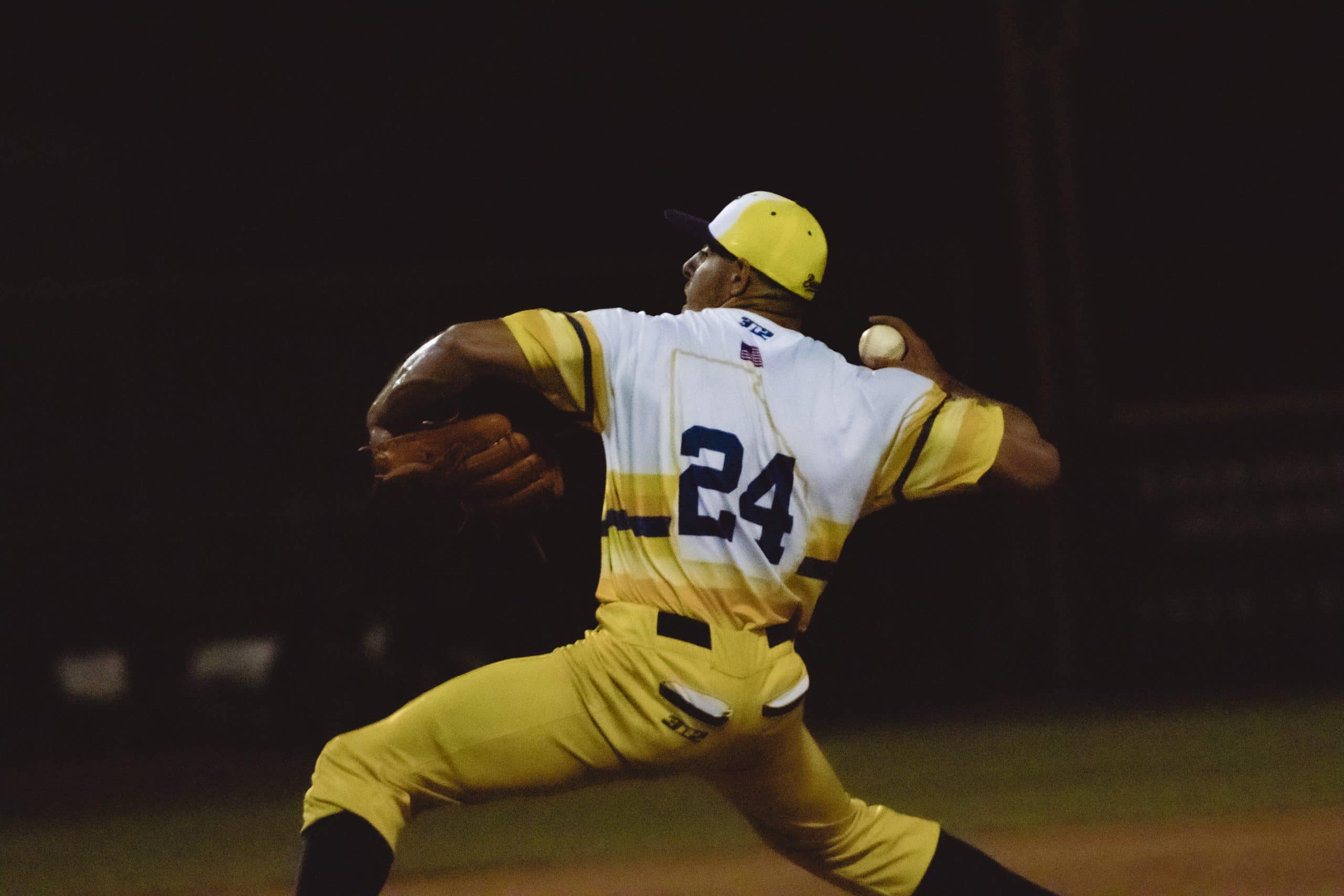 Nobody in the Coastal Plain League this summer threw the ball harder than Zach Cable. The junior from Oklahoma State was consistently above 95mph with his fastball and even touched triple digits according to a scout’s radar gun. That kind of velocity will play at the highest level, and you would expect such a special arm to be dedicated to pitching from a young age. But surprisingly, Zach Cable went to college as a catcher.

“I was a decent catcher and I could hit pretty well,” Zach said, modestly.

“He was a pretty good baseball player from a young age,” Zach’s father, Mark Cable said, “but we all knew he just had something special in that arm.”

Zach had caught throughout most of his baseball career, dabbling on the mound as a closer in travel ball and then a once-a-week starter his senior year of high school. Even though he had shown flashes as a pitcher, his coach at Chattanooga Valley Community College, Adam Thomas, recruited Zach with the complete intention of bringing in as a catcher.

“I brought him in strictly to catch and he actually had a really good fall,” Coach Thomas said, “he was our starting catcher and his arm behind the plate really stood out.”

A catcher in his playing days, Thomas had converted a fair share of backstops to pitchers throughout his coaching career. After the fall, he also happened to bring in a catcher from Auburn as a backup for Cable, who Thomas now convinced to toss a bullpen just to see what he looked like on the mound.

“I was messing around in the bullpen with a radar gun and was pumping low 90’s,” Zach said.

“I told him, ‘I don’t want take hitting away from you, but I think you can be a big-time pitching prospect if we put the time in.’”

With a catcher transferred in from Auburn who could take Zach’s place behind the dish, he trusted his head coach and took his talents 60 feet and 6 inches out into the field. A couple outings into his young college pitching career, Zach took the mound against Tallahassee Community College. The pitching coach for Tallahassee was none other than the Bananas pitching coach for the last three seasons, the one and only Corey Pye.

“He threw 18 pitches,” coach Pye said. “16 pitches were balls and 5 or 6 were straight to the backstop at 95 miles per hour. You could have put a semi out there and I don’t know if he could hit it that day.”

When Adam Thomas went out to coach 3rd base the next inning, the Tallahassee guys who had stood in the box against Zach shared harrowing tales of their at-bats.

“The opposing hitters told me they were scared to death out there,” Thomas said.

You can imagine Corey Pye’s surprise when a week before the 2020 season Bananas head coach Tyler Gillum called him up to say they were adding Zach Cable to the roster. Pye immediately envisioned the chaotic 18 pitches he had seen three years ago. Of course, what he had not seen was how much Zach had grown since his maiden journey into collegiate pitching.

In the short term he was still rather erratic. Zach said he probably had three or four games of throwing the ball off the backstop and getting pulled quickly. But Thomas stuck with his guns on Cable, trying some outside-the-box remedies for his lack of control.

“He walked me up to the top of this hill with a catcher,” Zach said. “He made me throw a bullpen downhill, I think trying to make my mind throw it down instead of up to the backstop.”

Whether it was from throwing down a hill, or just a matter of getting more comfortable with more experience, Zach turned into a go-to guy for Chattahoochee.

“He just kept getting better and better and better,” Thomas said. “He threw an absolute gem to win the regular season title. We put our season on the line with a catcher on the mound and he just dominated.”

Unfortunately, Zach blew out his arm in his next outing, tearing his UCL and requiring Tommy John surgery that would cause him to miss the entire 2018 season. But he came roaring back as a red-shirt sophomore in 2019, posting an otherworldly 0.98 ERA with 24 K’s in 18.1 innings pitched. He once again proved that he could be a big-game pitcher, tossing 7 scoreless innings in a win for Chattahoochee in the Junior College World Series.

The dominant 2nd season in Chattahoochee earned Zach a summer in the Cape Cod Baseball League. He was verbally committed to Kentucky until the coach who recruited him, Roland Fanning, went from the Wildcats to Oklahoma State. Zach decommitted from KU, and in a crazy twist of fate he ended up playing for the Chatham Anglers coached by Tom Holliday, whose son Josh is the head coach of Oklahoma State.

“We had a pitcher on the team who told me about Zach,” Josh Holliday said. “I asked my dad what he thought about him, and he said Zach was really good, got a good arm, a really good mentality, and they really liked him.”

Zach liked the Cowboys he met on the Cape, and all in all it was a perfect storm sending him from Chattahoochee to Stillwater, Oklahoma. He spent the fall working on building back the arm strength he lost recovering from Tommy John and had few promising outings in the spring before the season was cancelled due to COVID-19. He was pegged to play in the Northwoods League up in Michigan, but their season was pushed back so far it was going to end in early September and Zach would have to return to Stillwater in early August. So, he asked his good friend and coach Roland Fanning if he knew of any other places he could play.

“I want this on the record,” Coach Fanning told me, “I had to beg my boy Tyler Gillum to get this done because he is a roster efficient dude and a spot opened up and I was hammering him about taking this guy.”

It turns out the man who recruited Zach to go to Kentucky, and then was a big factor in him going to Oklahoma State, grew up in Oklahoma near Bananas head coach Tyler Gillum and has known him for a long time. And make no mistake about it, coach Fanning was well aware of what he was getting Zach into.

“I love the Bananas, I love what you guys do,” Fanning told me, “I love the energy you guys bring, the crowds you guys have, the outside the box things. You guys need certain personalities to fit what you’re trying to create, and I knew this guy had it you know he’s got some personality and he would be close to home in Georgia.”

Credit to coach Fanning because Zach was a perfect fit in Savannah. He was a terrifying force at the back of the bullpen for the Bananas, striking out 19 guys in the 11 innings he pitched. He threw five of the six fastest pitches in the CPL this summer, according to Trackman. His teammates relished the opportunity to face him in practice, stepping into the box against high 90’s with a slider and splitter both in the high 80’s. Oh, and he had some fun with the extracurriculars too.

“The experience in Savannah man he loved it,” Zach’s dad Mark said. “He’s got two left feet and I saw him do some sort of risqué dance where he took his shirt off and that was quite amusing.”

Although all the coaches I talked to raved about his pitching abilities, his dancing skills did come into serious question.

“Getting him to do the player dance was maybe the funniest thing ever,” Coach Pye said. “My guy had no rhythm at all, I mean he was awful, but he had a lot of fun.”

Zach knows where his future lies as well, giving a sobering review of his dancing.

“I got to dance once and I was pretty bad,” Zach said. “Out of ten I’m a negative four at dancing, I’m super stiff.”

A hilariously poor performance dancing for the Grayson faithful was just one of the highlights for Zach in a summer he said he will never forget.

“I really did enjoy the environment of 1,500 or so fans every night,” Zach said. “It was the most fun summer I’ve ever played baseball and we were in masks and gloves.”

With all the shenanigans that occur nightly in Savannah, it can be easy to forget that this is a part of a journey for guys trying to achieve their dreams of playing Major League Baseball. Coach Roland Fanning said he saw big improvements from Zach when he did return to Stillwater after his time as a Banana.

“His body and personality have grown greatly,” coach Fanning said. “It’s similar Alex Degen when he came back to Kentucky, they were both kind of quiet and reserved beforehand but coming back from Savannah they’re more confident in who they are, they don’t really care what people think, and they’re just themselves.”

“I loved being able to communicate with coach Pye,” Zach said. “He’s a very loosey-goosey guy, he lets you know what he likes and what he thinks you should try but he’s not gonna force you to do anything. I just really liked the way he coached, you never felt uptight around him.”

Coach Josh Holliday is really happy with Zach’s development, saying this past year as a whole has been quite impressive.

“He’s gotten a lot stronger and leaner over the last 12 months,” coach Holliday said. “While other guys may have lost a step when the season got cut short, he’s shown he’s really serious about wanting to play at the next level. His work ethic, his competitiveness, the amount of confidence he has in himself, these things are all very much on display.”

Zach is poised for a big season at Oklahoma State, and he is looking to ride such a year into the 2021 MLB Draft. With such a bright future ahead of him, it’s times like this that his old Chattahoochee Valley Community College coach, Adam Thomas, can sit back and bask in the glory of his decision to push Zach towards pitching.

“The funny thing is I don’t know that he couldn’t be drafted as a catcher,” coach Thomas said laughing, “He was talented, he could really throw and he could really hit, but man he can really shine as a pitcher.”

I could hear the pure joy in coach Thomas’ voice when I told him how successful Zach has been in Stillwater so far this season. It’s going to be really exciting to see where he ends up, but one thing is certain already in his young career through Chattahoochee Valley, Chatham, Stillwater, and Savannah: he’s made a lot of fans along the way.

“Zach was one of my favorite guys,” coach Thomas said, “I love that kid.”