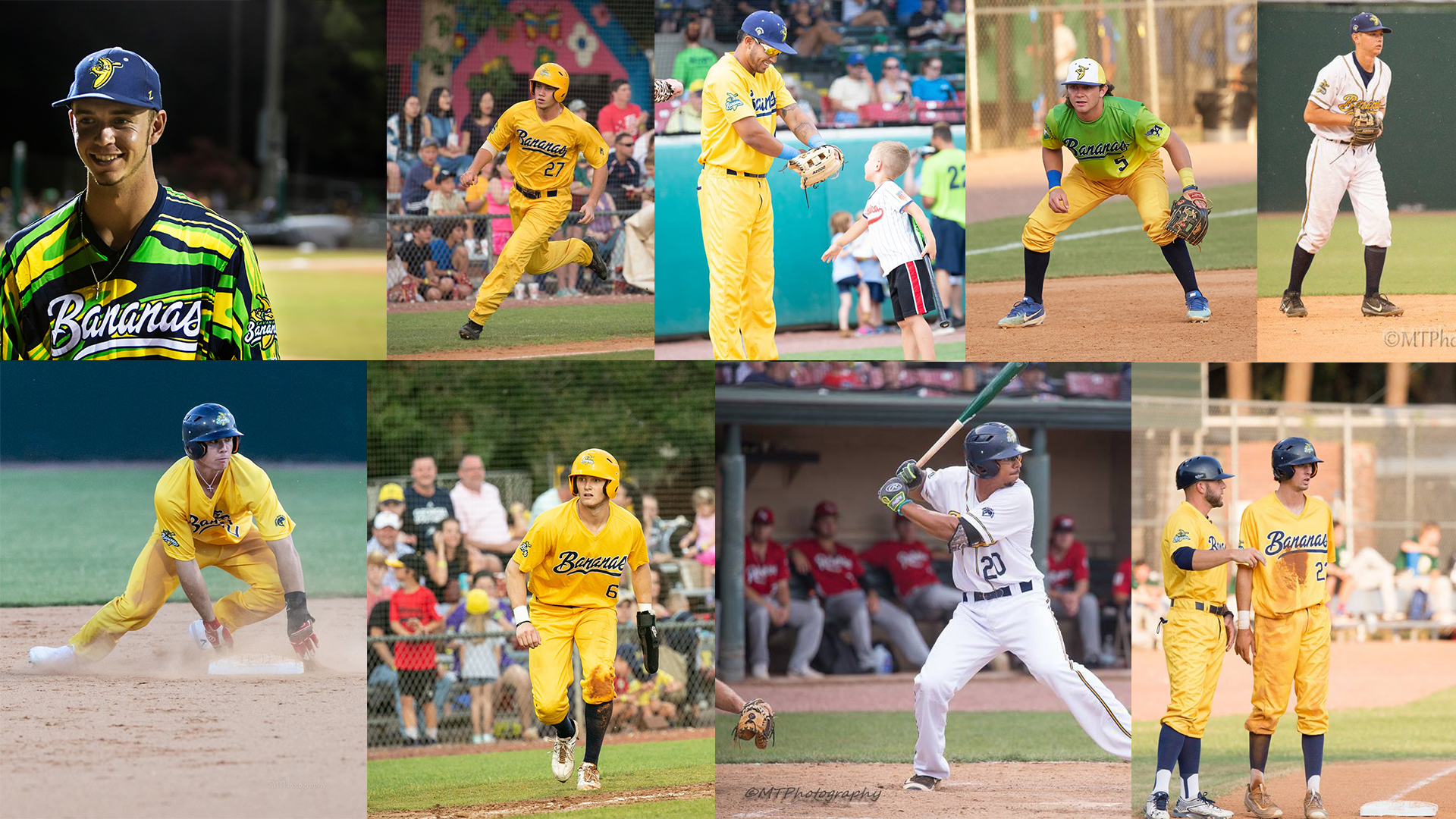 Braden Shewmake was selected 21st overall in the first round by the Atlanta Braves, making him the highest drafted Bananas player in team history.

Shewmake joined the Bananas from Texas A&M in 2016 and helped the Bananas lead the team to win the Coastal Plain League Championship. He posted a .290 batting average and a .323 slugging percentage. As a freshman, he won the Southeastern Conference Freshman of the Year honors. This season for the Aggies, he had a .327 batting average with 32 RBI.

Selected by the Blue Jays in the seventh round was 2017 standout L.J. Talley from University of Georgia. He had 47 hits and 29 RBI during his time with the Bananas. Talley was chosen for the 2017 CPL All-Star team.

2016 Banana, Angel Camacho from Jacksonville University was selected in the eighth round by the Toronto Blue Jays. Camacho boasted a .258 batting average and was also a top defensive player, fielding .949 on the season.

Clay Dungan, a two-time Banana from Indiana State, was selected as the 259th pick in the ninth round by the Kansas City Royals. With a .354 batting average, Dungan held the third highest batting average in the league in 2018. Dungan was also selected to play in the CPL All-Star Game in both 2016 and 2018.

New to the Bananas this season, Brett Wisely from Gulf Coast CC, was drafted by the Tampa Bay Rays in the fifteenth round. Although new to the team, he has proven to be a key player this season. He led the Bananas to a season opener win with his three hits.

The Cincinnati Reds selected Jason Ruffcorn from Oklahoma State in the eighteenth round. In 2018 he boasted a 2.36 ERA in his 20 appearances for the Bananas.

Cade Marlowe from West Georgia was selected in the twentieth round by the Seattle Mariners. He was a standout for the Bananas in 2018 with his 34 RBI. He led the league with 37 stolen bases and was chosen for the All-CPL Team.

From the University of Tampa, 2018 Banana Yorvis Torrealba was selected by the Colorado Rockies as the 609th pick overall. He racked up a .278 batting average and a .350 slugging percentage.

Kipp Rollings from North Greenville University was selected in the 24th round by the Seattle Mariners. Rollings had a 3.29 ERA for the Bananas in the 2017 season.

In the 29th round of the draft, Utah Jones from North Greenville University was selected by the Seattle Mariners. Jones joined the Bananas in 2017 and put up a .252 batting average as well as a .339 on base percentage.

Bananas President, Jared Orton, says “This really shows that these guys can come to Savannah, play for the Bananas, have fun and perform at a high level.”

The Bananas’ fourth season is now under way. There are a limited amount of tickets available. Tickets can be purchased at thesavannahbananas.com/schedule or by calling 912-712-2482.

The Coastal Plain League is the nation’s premier summer collegiate baseball league. Heading into its 23rd season in 2019, the CPL features 16 franchises playing in Georgia, North Carolina, South Carolina and Virginia. To date, the CPL has had over 1,450 alumni drafted and 118 alums – including 2017 ALCS MVP, 2017 World Series champion, 2011 AL MVP and Cy Young award winner Justin Verlander, as well as 2017 NLCS MVP Chris Taylor – make their Major League debut. For more information on the Coastal Plain League, please visit the league website at www.coastalplain.com, and be sure to follow us on Facebook, Twitter, Instagram and Snapchat @CPLBaseball.