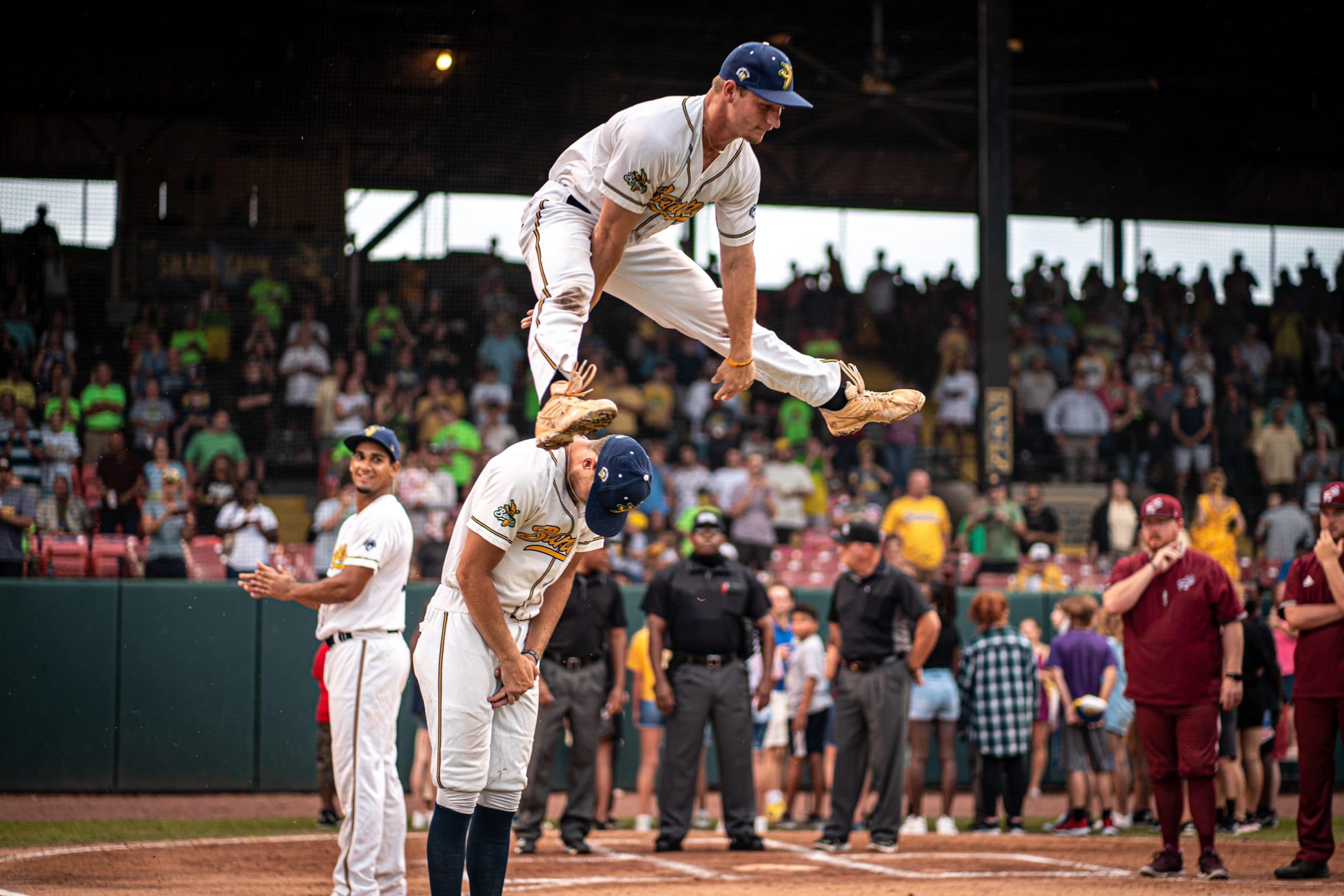 The Savannah Bananas defeated the Macon Bacon, 10-4, on Saturday at Historic Grayson Stadium to extend their winning streak to seven games.

Behind a three-run second inning, the Bananas took the lead over the Bacon and didn’t look back. They continued to build that lead, scoring at least one run in each of the four innings to follow that big second.

Running out of the Stadium

Celebrating the first run has become a tradition in Banana Land, and it’s fun to see what the players come up with. Sometimes a player celebrates by reenacting the running of the bulls. Sometimes they bring a folding table out to drop some beats like a DJ while the rest of the team raves around them.

In celebration of scoring the first run on Saturday, DH Livan Reinoso crossed home plate and immediately took off down the right-field line refusing to stop along the way. Reinoso kept running in a Forrest-Gump-like fashion all the way down the line, sprinting and leaving his teammates behind as he exited into the right-field corner.

It was after this display of speed and flawless technique that the Bananas took a hold of the game with a three-run second inning.

Players of the Game

Reinoso looked very comfortable in the box on Saturday night. He had a nine-pitch at bat in his first plate appearance, which resulted in a hard line drive single to center field. He followed that up in the third inning with a sharp RBI single past third base that came off the bat at 102 MPH. He added another RBI on a sac fly to lef t field. Reinoso finished the day 2-4 with two RBI and two runs scored.

After a strong start from Cole Kitchen, who went 5.0 innings allowing two runs, reliever Knicko Billings shut down any thoughts of a comeback. He tossed three scoreless innings, allowing just one hit and recording six strikeouts.

Not only did the Bananas provide fireworks on the field by frying the Bacon at Grayson Stadium with 10 runs scored, but the fans were treated to some real fireworks following the game.

The Bananas travel to Luther Williams Field on Sunday for another matchup against the Macon Bacon at 7:00 p.m. ET.