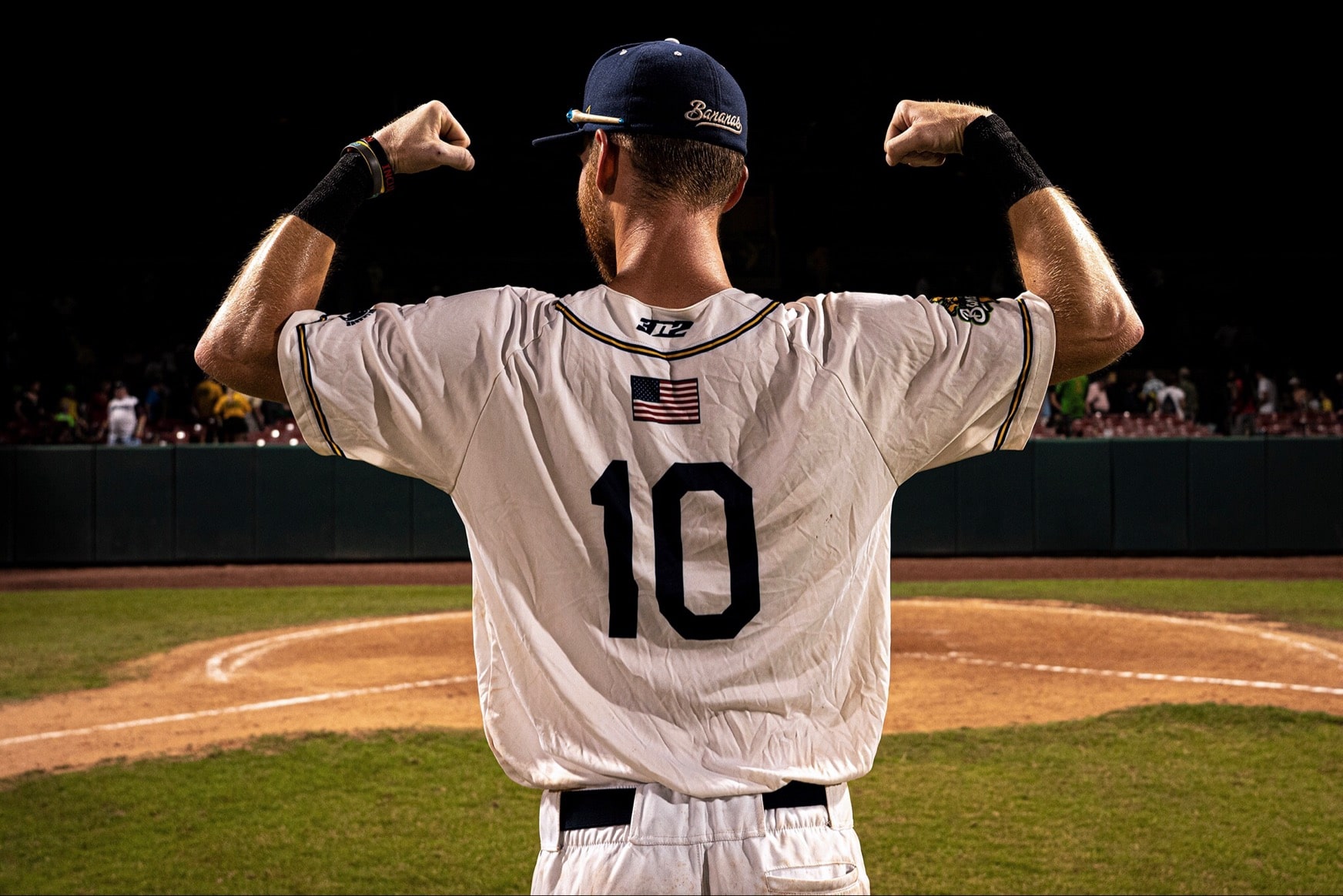 The Savannah Bananas extended their winning streak to 10 games Friday night with a 1-0 nail-biting win over the Macon Bacon at Historic Grayson Stadium.

The game was over when…

…Bananas reliever Joe Miller showed the ice in his veins to strike out the final batter for the Bacon, sealing the 1-0 victory with the tying run on second base.

With their 10th consecutive win to open the season, the Nanners have done something that the 1927, 1932 and 1998 New York Yankees never did. All three of those teams went on to win the World Series while the 1927 Yankees are widely considered the greatest team ever.

Does this mean the Bananas are better than the greatest MLB team of all time and are on undoubtedly on their way to a CPL championship? We can’t say for sure. But, yes.

Who doesn’t love free donuts? Thanks to Bacon leadoff hitter Joshua Cox, who was the “Donut Hitter of the Night,” all of Grayson Stadium got free donuts after Cox went down swinging against Nanners starter Kyle Luigs in the third inning. Just for insurance, Luigs struck out Cox again in the sixth. Unfortunately, it’s still only one free donut.

I’m not saying this kid should be preparing for a role in the next “Step Up” movie (I lost count of how many there are now), but I’m not not saying that. Going up against Bananas pitcher Chrisian Dearman, this young fan made it a pretty easy decision on who won the mid-inning dance-off  in the middle of the third-inning. I mean, come on, it wasn’t even fair when he broke out the break dancing.

Absolutely no competition here. Clear winner from the jump (no offense Christian). pic.twitter.com/Y6jk3Fddby

Next for the Nanners

The Bananas will look to extend their winning streak to 11 games on Saturday night, traveling to Luther Williams Field to visit the Bacon.