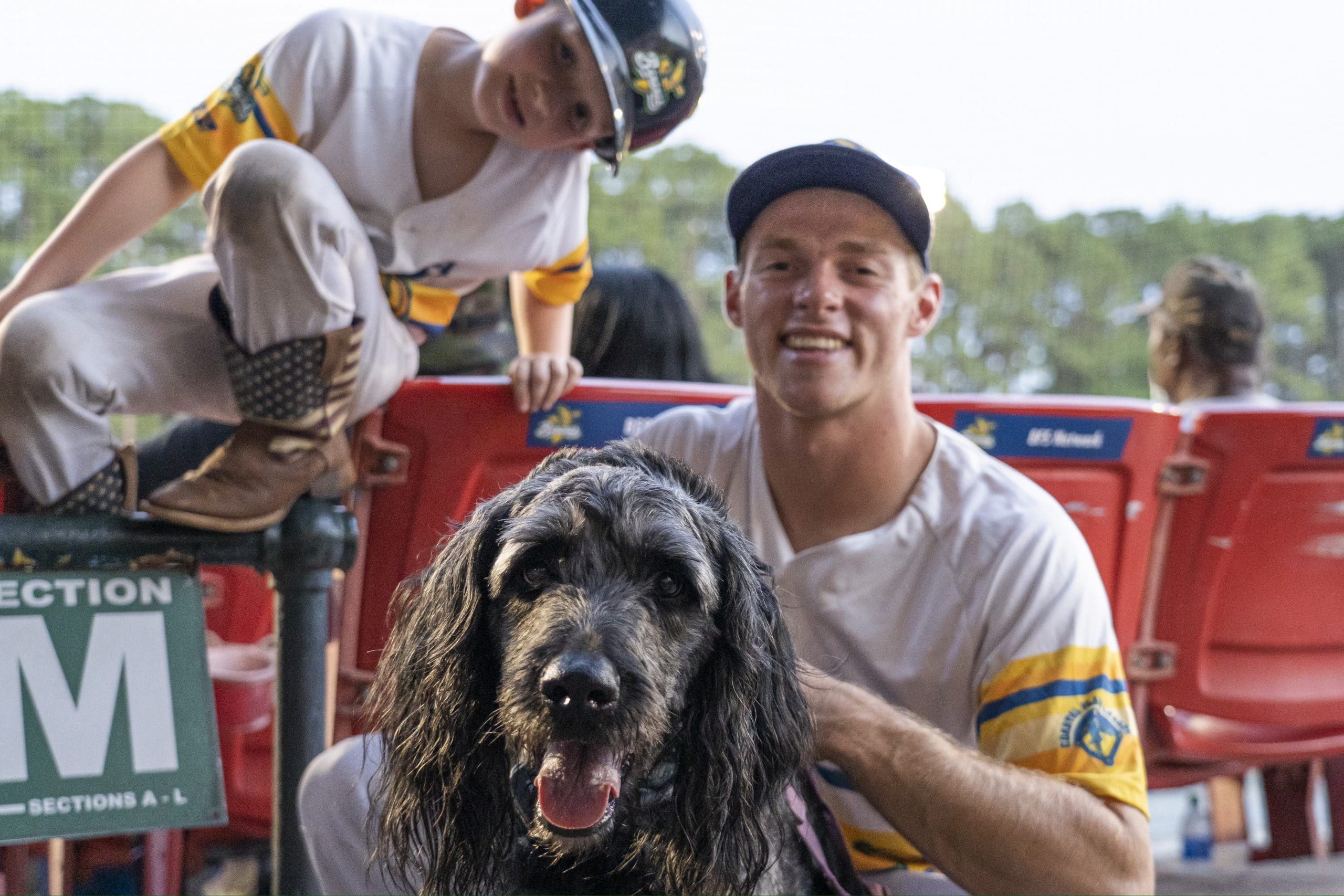 The Savannah Bananas (8-0) continued their winning ways Wednesday night at Historic Grayson Stadium, defeating the Spartanburgers (3-5),  7-2, and extending their winning streak to eight games to open the season.

Getting the Fans involved

The first-run celebrations have been well-documented during the early part of the summer for the Bananas, but center fielder Ty Jackson felt it necessary to get the fans involved. After scoring the first run for the Nanners in the second inning, Jackson, among other Bananas, got the fans in on the celebration, running straight off the field into the grandstands.

The sound may have been lost, but the moment wasn’t. https://t.co/5GyZGkmwMF pic.twitter.com/vfHA9och3Q

Nanners letting the dogs out

What’s better than getting to watch baseball on a summer June night? Getting to watch summer baseball while being surrounded by puppers everywhere you look. It was “Bark in the Park” on Wednesday night at Grayson Stadium, and the fans were out in full force with their doggos despite rain threatening the evening.

The Bananas have been playing phenomenal baseball, but it’s hard to argue against the V-good puppers bringing Savannah some good luck on Wednesday.

Is this dog giving us the side eye? 👀 pic.twitter.com/ENPfoCvQ3B

Bryson Bloomer gets hit by pitch (he’s good) and this very large pupper is excited about another Bananas run. pic.twitter.com/ZviEFtDVHj

More dog pics for the timeline because you can never have too many dog pics. pic.twitter.com/lGYaaV9oo4

Typically, the Bananas will run out for the national anthem and take their spots by themselves. However, they had some company before the game on Wednesday night. Out of Pooler, GA, the Next Level Prospects’ 11U team got to take the field with the Nanners for the national anthem. Who knows, maybe some of them will be wearing a Bananas jersey in a few years.

Play of the Game

In the top of the eighth inning, second baseman Eduardo Malinowski showed off some range and athleticism going back on a blooper to make an incredible leaping catch. The only thing that might top this catch is Biko Rico’s enthusiasm on the call.

Malinowski with an absolute snag on second base! pic.twitter.com/kcaCqkRtTz

What’s next for the Nanners?

The Bananas are on the road taking on the Spartanburgers on Thursday night at Duncan Park Stadium. They return home to Grayson Stadium on Friday night to host the Macon Bacon.