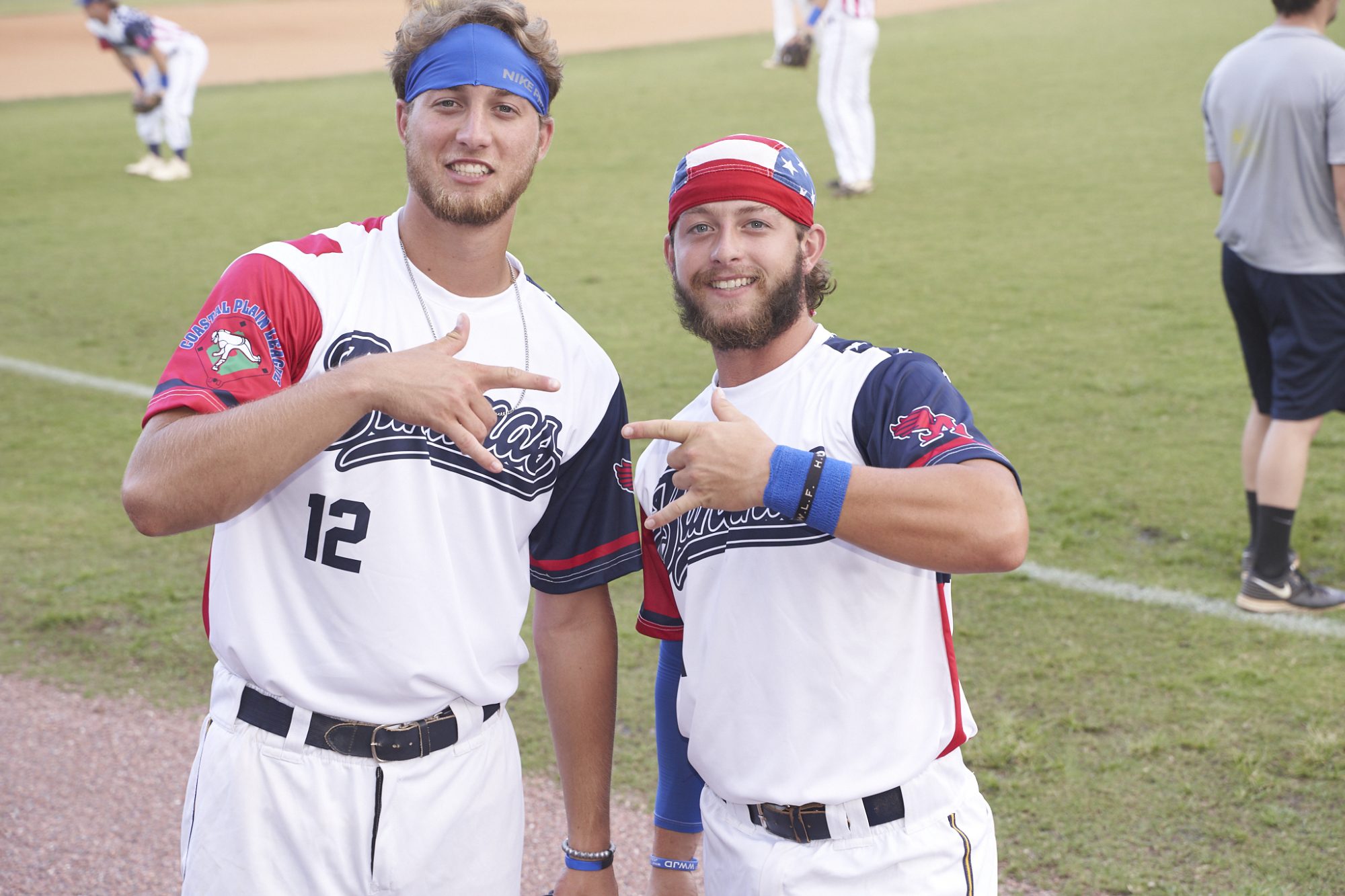 The Savannah Bananas are excited to announce the six Bananas players that will be joining Team Savannah for the All-Star Showdown. Congratulations to Bill LeRoy, Tyler Lehrmann, Alex Degen, Kyle Luigs, Ethan Baucom, and Cory Heffron.

Fan favorite, Bill LeRoy (C, North Georgia) has put up ten hits this season and an on-base percentage of .491.

Left handed pitcher, Tyler Lehrmann (South Alabama) has allowed no runs in his eight appearances for the Bananas this season.

Dancing legend Alex Degen (RHP, Kentucky) has been a strong closer for the team. He has 14 strikeouts with a 2.61 ERA.

With 20 hits and 11 RBIs, Ethan Baucom (OF, UNC Pembroke) has proven to be a key offensive player for the Bananas.

Cory Heffron (UTL, Jacksonville) has stolen 8 bases and a batting average of .300.

Team Savannah is made up of six Bananas players and six players from the community who tried out back in May. They will compete with against five teams in the All-Star Showdown held at Grayson Stadium on July 7-8. There will be a Home-Run Derby, three inning games, and two nights packed full of Bananas entertainment. Tickets for July 8th are still available here.