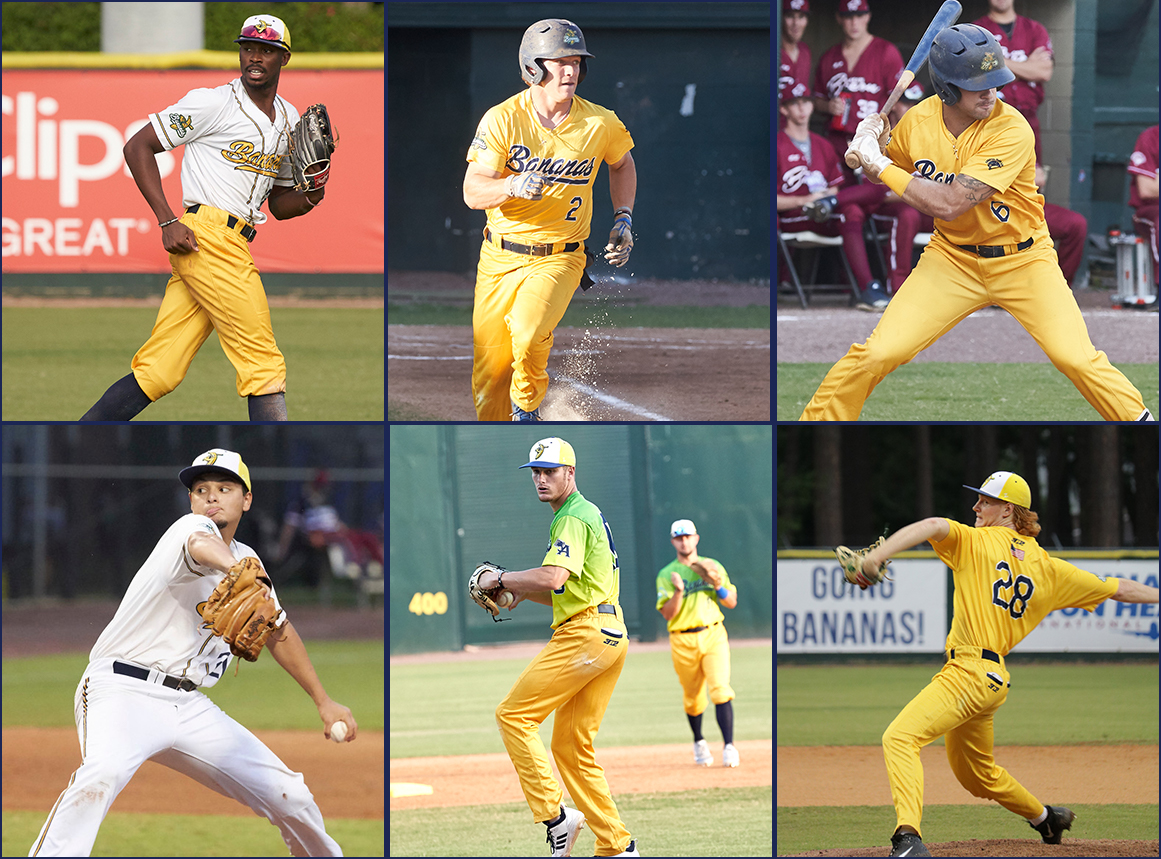 The Savannah Bananas have had six players selected to represent the Bananas in the All-Star Showdown. Austin Schultz, Gabe Howell, Mike Williams, and Dustin Saenz will compete for the South Division. Austin Temple and Jordan Merritt were also selected for the All-Star Showdown Arm Pool. These pitchers will be divided evenly across all division teams.

Austin Schultz (INF, University of Kentucky) is batting .349 for the Bananas with a .535 slugging percentage.

With 15 hits and 10 RBIs, Gabe Howell (UTL, Bryan College) is strong at the plate and a key defensive player for the Bananas.

Mike Williams (OF, Texas A&M Corpus Christi) leads the team with 10 stolen bases. He has also put up 8 RBIs and a .328 batting average.

Dustin Saenz (LHP, Texas A&M) has had 14 strikeouts in his two appearances for the Bananas this year.

Austin Temple (RHP, Jacksonville University) has a 0.71 ERA and pitched a perfect game through the sixth inning before giving up the one and only hit of the night against Lexington County.

Being selected for the second time is Jordan Merritt (RHP, The Citadel). He has boasted a 1.69 ERA in his 16 innings pitched for the Bananas.

Players are selected by coaches, media representatives, and broadcasters. The All-Star Showdown offers players an opportunity to showcase their talents in front of MLB scouts.

In addition to the four division teams, there will be a Fan Voted Team and Team Savannah. Voting for the Fan Voted team is open now at https://bit.ly/31VM5jR. Team Savannah is made up of community individuals who tried out for the team back in May.