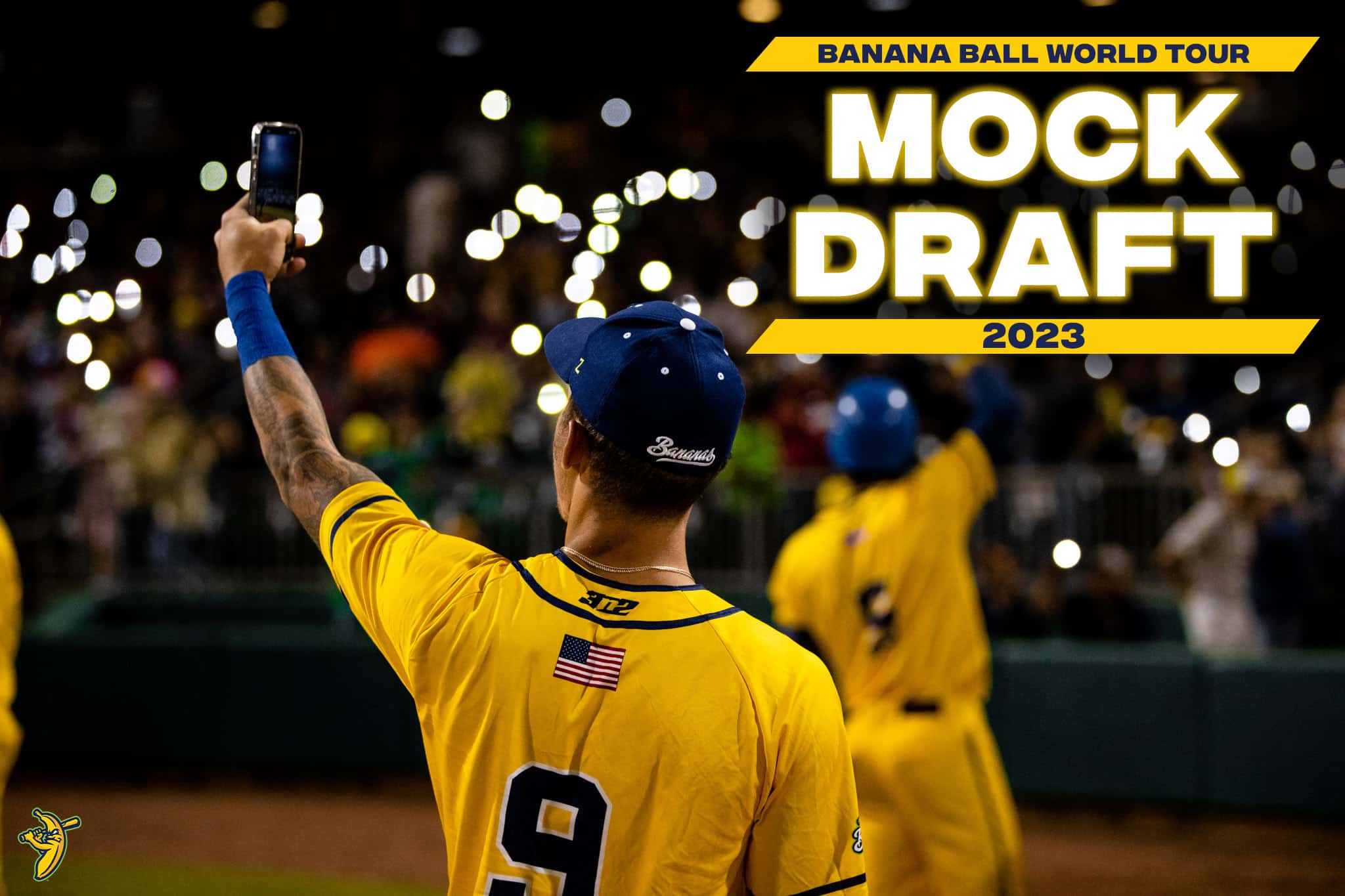 With only five days to go until we release the schedule for our 2023 Banana Ball World Tour, I thought it would be a fun and worthwhile exercise to create a mock draft of sorts for where we may be heading this upcoming year. This has zero influence on where we will go of course, as there are a multitude of factors that go into each destination on our upcoming tour. But it should give everyone out in the wide-ranging Bananas Nation some ideas on where we could be headed, and some of the reasons for why we’ll be there. Naturally, Savannah will not be on this list as we know we’ve got at least 30 games in our home city already. So without further ado, here is my 2023 Banana Ball World Tour City Mock Draft. Oh and please send any complaints you have with my list to Zack@TheSavannahBananas.com. And awayyyyyy we go!

Wow. That was much more intense of an exercise than I ever could have imagined. Turns out once I start digging deep into the cities we could travel to on our 2023 Banana Ball World Tour I get carried away. Congratulations for making it this far. Your reward is a few honorable mentions in no particular order:

That was a marathon of a read. Hopefully we can get to some of the cities on my list, and more of them in the future! Once again I am deeply sorry if your city didn’t crack my top 100. I didn’t know much about half of these cities before writing this mock draft, so please go easy on me and remember to send all complaints to Zack@TheSavannahBananas.com.

Remember to go to the Bananas YouTube page on October 4th at 7:00pm eastern to find out where we will be going this upcoming year!