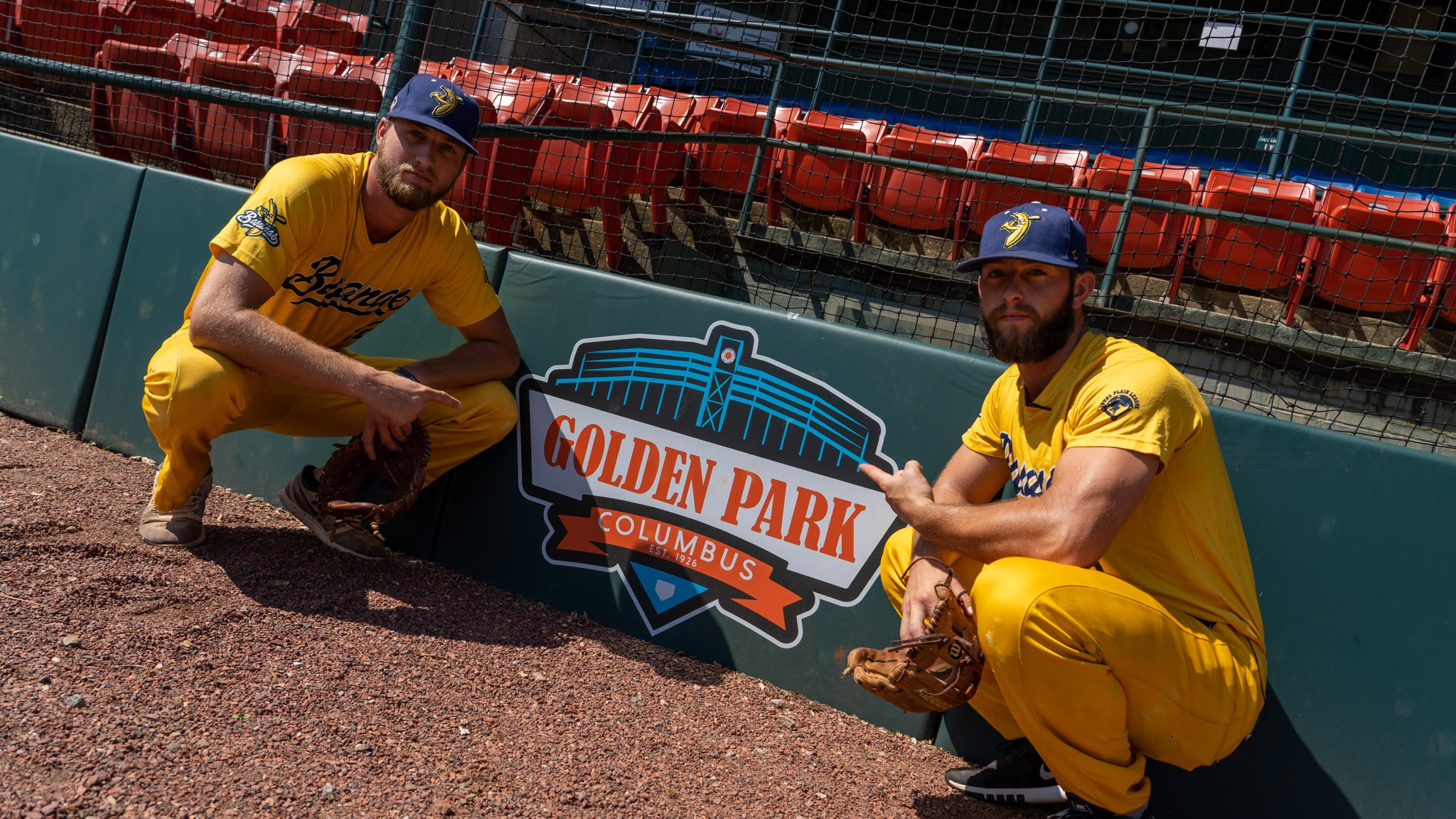 Merry New Year and Happy 2022 to all those who celebrate! As we cruise into lucky year number seven as a franchise, there is much to look back at in awe, but even more to look forward to in the future. The unprecedented feats of this team need not be repeated here. If you’re reading this you know what we’ve done, (I say as a guy who’s been here for two of the previous six years, yet am more than happy to take credit for it all). We’re here today to take a deep dive into stop number five on the Bananas journey towards world domination… Uh erm I mean the Banana Ball World Tour: Golden Park in Columbus, Georgia.

After delving into our newest ballpark last time, it’s time for another oldy but a goody. Golden Park boasts being the third oldest stadium on the tour, as it opened up in 1951. It serves as a sort of halfway point in our World Tour ballpark history, being built about 40 years after Rickwood Field (1910) and Jackie Robinson Ballpark (1914) and over half a century before Legends Field (2003), Riverwalk Stadium (2004), and the Ballpark of the Palm Beaches (2017).

The park gets its name from Theodore Earnest Golden Sr., who was a co-founder of the Goldens’ Foundry and Machine Co. The aptly named businessman led the effort in Columbus for the city’s first South Atlantic League team, and therefore the creation of the stadium for the team to play in. 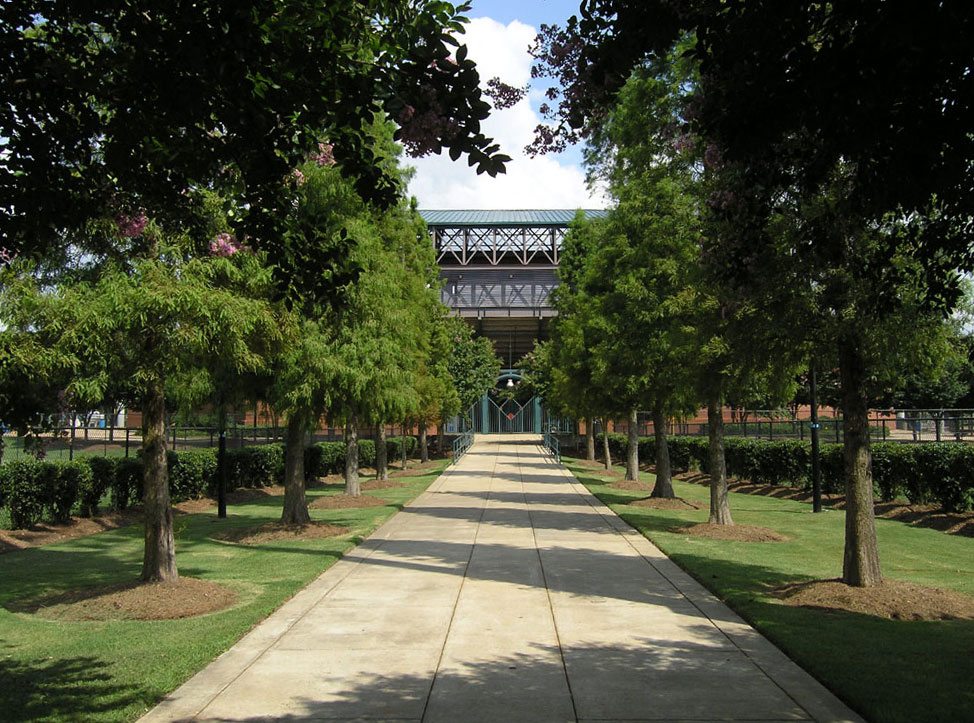 The Columbus Cardinals called Golden Park home from 1951 to 1955. Then in 56′ the team switched affiliates from the St. Louis Cardinals to the Baltimore Orioles and became the Columbus Foxes. The squad then went back to being a Cardinals affiliate for the 1957 season and swiftly changed hands again becoming a Los Angeles Dodgers team in 58′. If you thought the Dodgers would stick around for more than a year you would be sorely mistaken. The Pittsburg Pirates took over operations for the 1959 season, changing the team name from the Foxes to the Pirates.

In an unsurprising twist, the Pirates jumped ship after one season in Golden Park and took up residence in Gastonia, North Carolina. After housing five different teams over the previous five years, the stadium would be void of professional baseball until 1964 when the New York Yankees decided it should be home to their Double-A affiliate, the Columbus Confederate Yankees. The contradictory team took home the Southern League Championship in 1955, the first professional championship won by a Golden Park team. One year later the Southern League downsized from eight teams to six, and the Confederate Yankees were one of the two teams to get the boot. Still, a team winning a championship and sticking around for three years after the turbulent first decade of the stadium had to be cause for some celebration.

After a couple more years devoid of pro ball, the Chicago White Sox came to town for the summer of ’69 and created the Columbus White Sox. After one season they gave way to the Houston Astros, who understandably changed the team to the Columbus Astros. Houston actually offered more stability than any other franchise ever would, as they called Columbus home from 1970 to 1990. The Astros took home a Southern League Championship in 1986, rebranded to the Columbus Mudcats in 1989, and then moved to Zebulon, North Carolina, after the 1990 season.

In came the Columbus RedStixx, a Single-A affiliate of the then Cleveland Indians who would stay through turn of the century. The only season they didn’t call Golden Park home was in 1996 when they had to move to Ragsdale Field on the campus of Columbus State University while Golden Park was renovated so it could house softball games for the 1996 Olympics.

The Indians (now the Guardians) shipped their team up to Eastlake, Ohio, after the 2002 season and the Dodgers came back into town, this time as the Columbus Catfish, named after fish that pack the neighboring Chattahoochee River. In 2007 the Tampa Bay Rays took over shop and promptly won the South Atlantic League Championship. They played one more season and then went to Bowling Green, Kentucky.

In 2009 Golden Park was without professional baseball for the first time since the 1996 Olympics, and without a professional baseball team calling it home for the first time since 1968. Since then it has had two collegiate summer baseball teams: the Columbus Wood Bats for the 2009 season and the Columbus Chat-a-Hoots in 2021. The Chat-a-Hoots will be back for their second season in the Sunbelt Baseball League in the summer of 2022. 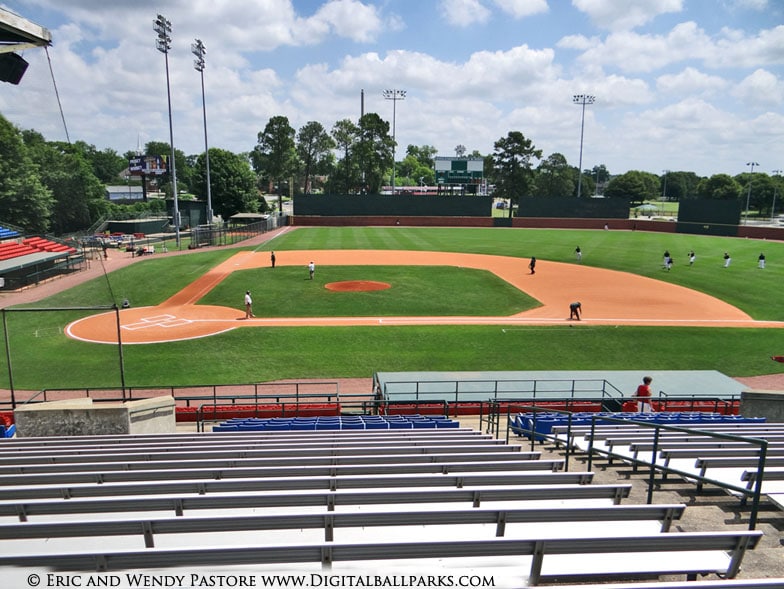 Obviously we love summer collegiate baseball in Savannah, as much as any city possibly can really, but we’re also through the roof about the opportunities our professional team can bring. Our resident four year veterans of the summer grind, and the first two players on the Banana Ball World Tour Team, Bill LeRoy and Kyle Luigs, got to checkout Golden Park in person and both were enthused with what they saw.

“The ballpark is a beautiful, unique place,” Bill told me. “It’s got really steep stands and the brick wall in the outfield. It’s really old timey, you don’t see many parks like it anymore, and they do a great job of honoring all of the Hall of Famers and legends who have played there throughout the years. Plus the surrounding scenery is amazing with the river and the zipline across it real close. Just had really good vibes there overall.”

“It’s got a feeling a lot like Grayson where the fans are right on top of you,” Kyle said. “Riverwalk in Montgomery was the only other stadium on the tour that could compare in terms of the fans being that close to you on the field. The brick wall all around the outfield is super unique too, I’m hoping someone can hit a line drive off the wall so hard it rolls back to the pitchers mound. And then just the drive in was super unique because we crossed the Georgia/Alabama boarder like three times in the final two minutes of our drive, so it really feels like a ballpark that’s in both states. Plus the Chattahoochee is probably one of my two favorite rivers and the zipline across is awesome so I’m psyched to be there.”

The first professional ballgame to be played in Golden Park since 2008 will be on April 14th. Will somebody be able to achieve Kyle’s dream of bouncing a ball off the wall back to the pitchers mound? I would wager… no. But crazier things have happened! For more information on the Banana Ball World Tour, visit thesavannahbananas.com/worldtour.

Latest News
Keep up to date
Categories
Questions? Click Here!
We use cookies to provide you with a better service on our websites. You are free to manage this via your browser setting at any time.
To learn more about how we use the cookies, please see our privacy policy.
OkPrivacy policy