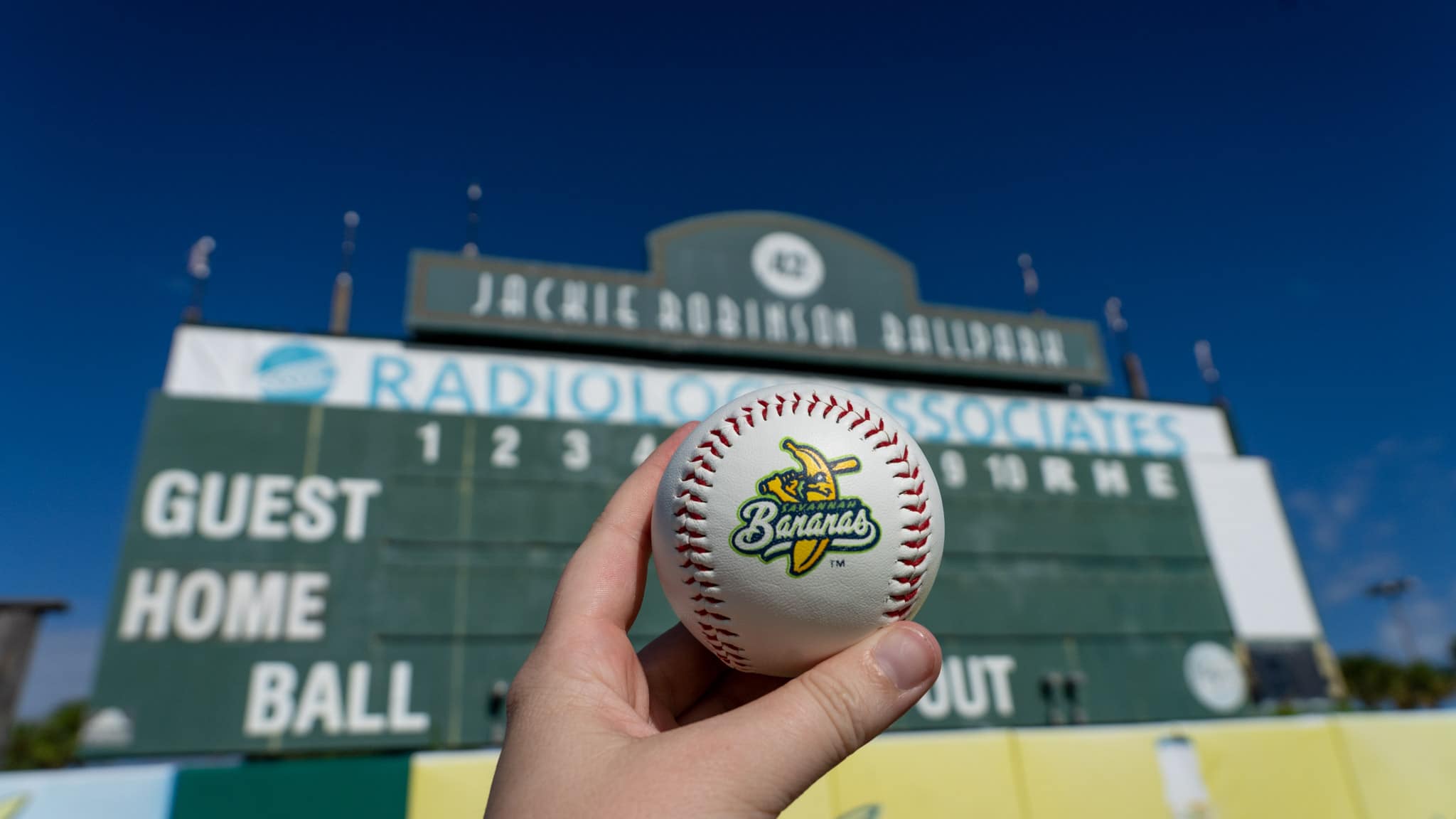 As we prepare to embark on the most ambitious journey any Banana-themed team has ever undergone, we thought it would be fun to highlight all the amazing parks that we’ll be visiting along the way. There’s no better place to start than stop number one, Jackie Robinson Ballpark in Daytona, Florida.

The historic stadium opened on June 4, 1914 and is the 4th oldest ballpark still used in professional baseball. Originally called City Island Ball Park, it was only a baseball field and a set of wooden bleachers until the grandstand and press box that still stand today were added on in 1962. It was renamed after Jackie Robinson in 1989, with a statue being added outside the Orange Avenue Gate to celebrate Jackie breaking the color barrier and playing his first professional game at the ballpark.

Robinson had been signed to play for the Triple-A Montreal Royals who held spring training in Florida with Brooklyn Dodgers. Both Jacksonville and Sanford locked their stadiums to the Royals and forced the cancellation of the team’s first two scheduled exhibition games due to local ordinances which prohibited “mixed” athletics. Daytona Beach was the first city to permit the game, which was played on March 17, 1946. A year later Jackie would crack the Dodgers starting lineup to break Major League Baseball’s color barrier that had been in place since 1889.

On top of all the pro-ball that has been played at “The Jack,” the Bethune-Cookman baseball team has also called it home since 1993. The Wildcats have been a force to be reckoned with there too, claiming six consecutive Mid-Eastern Athletic Conference baseball championships from 1999 to 2004, and then seven more from 2006 to 2012.

An original Premier Team Banana (an OPTB as we call them around here), Michael “Vitamin Deeb” Deeb, played his final two years of college baseball at Bethune-Cookman and he cherishes every moment he got to spend in Jackie Robinson Ballpark.

“Attending an HBCU and knowing all the amazing history of the stadium that then is dedicated to Jackie Robinson for all that he accomplished and everything he encompassed is just so freaking cool. Then you add to all of that the fact that you’re on an island, in the bay, with an incredible view of the bridge. It’s a really special place and you can feel it every time you have the opportunity to be there.”

A return to The Jack for the Notre Dame linebacker will be more of a full-circle journey than just returning to his college stomping grounds.

“I actually saw my first collegiate baseball game there when I was 8 or 9 on a little trip north with my family. So that was another reason that getting to play there in college meant so much to me, and now getting to come back again as a professional ballplayer will be pretty surreal.”

Even with all of that surrounding the affair, Deeb is most excited for the fans in Daytona to get to experience what the Bananas have to offer.

“Daytona is a really amazing city. You have the Daytona 500, Bike Week, the Reds minor league affiliate in the Tortugas, Bethune-Cookman, I mean there’s a lot going on, but I don’t think they’ve ever seen anything like the Banana Ball. I can’t wait for the fans to get to take in the Bananas show, it’s gonna be a wild scene.”

The Bananas take the show to Daytona and Jackie Robinson Ballpark on March 18, 2022. For more information, visit thesavannahbananas.com/worldtour.