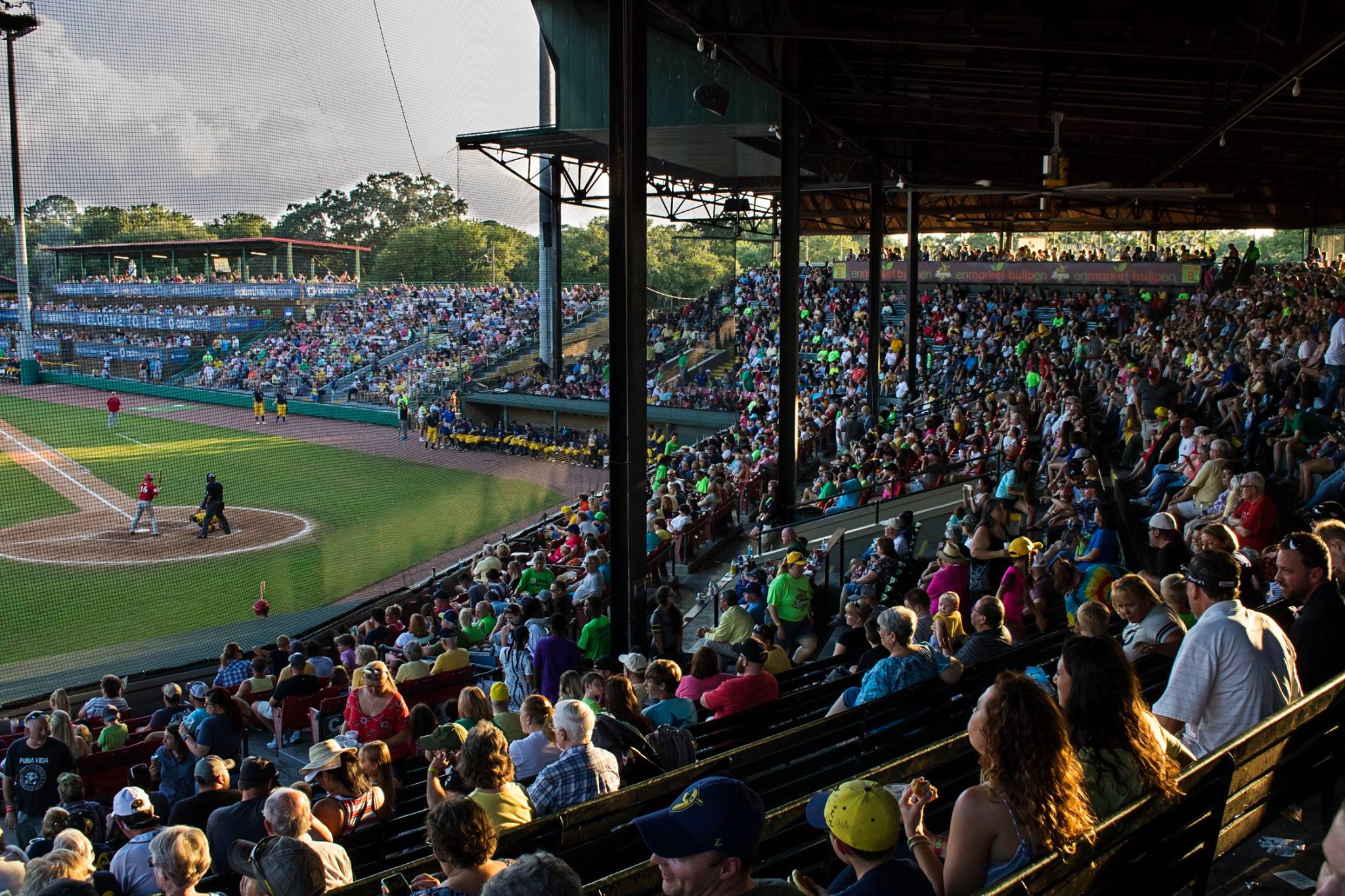 The world’s fastest and most outrageous game of baseball is going on tour.

Back in the day, Babe Ruth used to barnstorm his talents to towns around the country during the off-season.  Flash forward today to BananaBall.

The Savannah Bananas will now follow in the Babe’s footsteps bringing the Fans First experience and world-famous baseball circus to one lucky city.

BananaBall is a fast-paced, action-packed style of baseball with rules that include no bunting, no walks, a two-hour time limit, fans catching foul balls for outs, batters stealing first base, and a one-on-one tiebreaker showdown at the end of the game.

BananaBall is the invention of The Savannah Bananas, who created an atmosphere that would ‘…make most MLB teams jealous (Sports Illustrated, June 2019).  The Bananas have re-imagined the sporting purity of baseball with hold-on-to-your-hat dash and flair.

“Every night, we meet fans who have traveled to Savannah to come to a Bananas game. These fans drive from all over the country and even come from Ireland, South Africa, and Japan. We believe it is now time to begin bringing the Bananas show to their cities. We’ll be the only barnstorming baseball team in the world,” said Jesse Cole, Bananas owner, “and we’re looking for our historic first stop on a World Tour.”

Fans in that city should expect a baseball game unlike anything they have ever witnessed before in their lives. Not only will the team bring their cast of performers, musicians, dancers, and mascots, but they will also bring a unique style of the game called BananaBall.

The Bananas are calling on fans to help determine which city and stadium will make the cut for the One City World Tour.

The Bananas will face off against their newest rival, the Party Animals. The rosters for both teams will be filled by independent players who have been scouted, tried out, and signed contracts for the spring series. In addition to these players, one player will be selected from the One City World Tour host city.

“Our hope is that over the next several years, we can go to multiple cities every Spring and bring entertainment experiences to new Bananas fans across the country. We’re just getting started,“ continued Cole.

Fans who want to bring the Savannah Bananas to their city can submit their nomination at www.thesavannahbananas.com/onecityworldtour The Bananas will review the nominations and narrow them down to 5 finalists and ultimately one city which will be announced on November 10.

Since arriving in Savannah, the Bananas have received worldwide attention and have sold out every night with over 4,000 fans in attendance.   The team has been featured by MSNBC, CNN, ESPN and numerous global media outlets for everything from playing a game in kilts, to hiring a breakdancing first base coach, adopting a lost puppy, to selling Dolce & Banana underwear and bringing on the first Grandma Assistant Coach. From the Banana Nanas Dance Team, Banana Pep Band, Dad Bod Cheerleading Squad and world-famous dancing players, the Bananas have been entertaining hundreds of thousands of fans since day one.