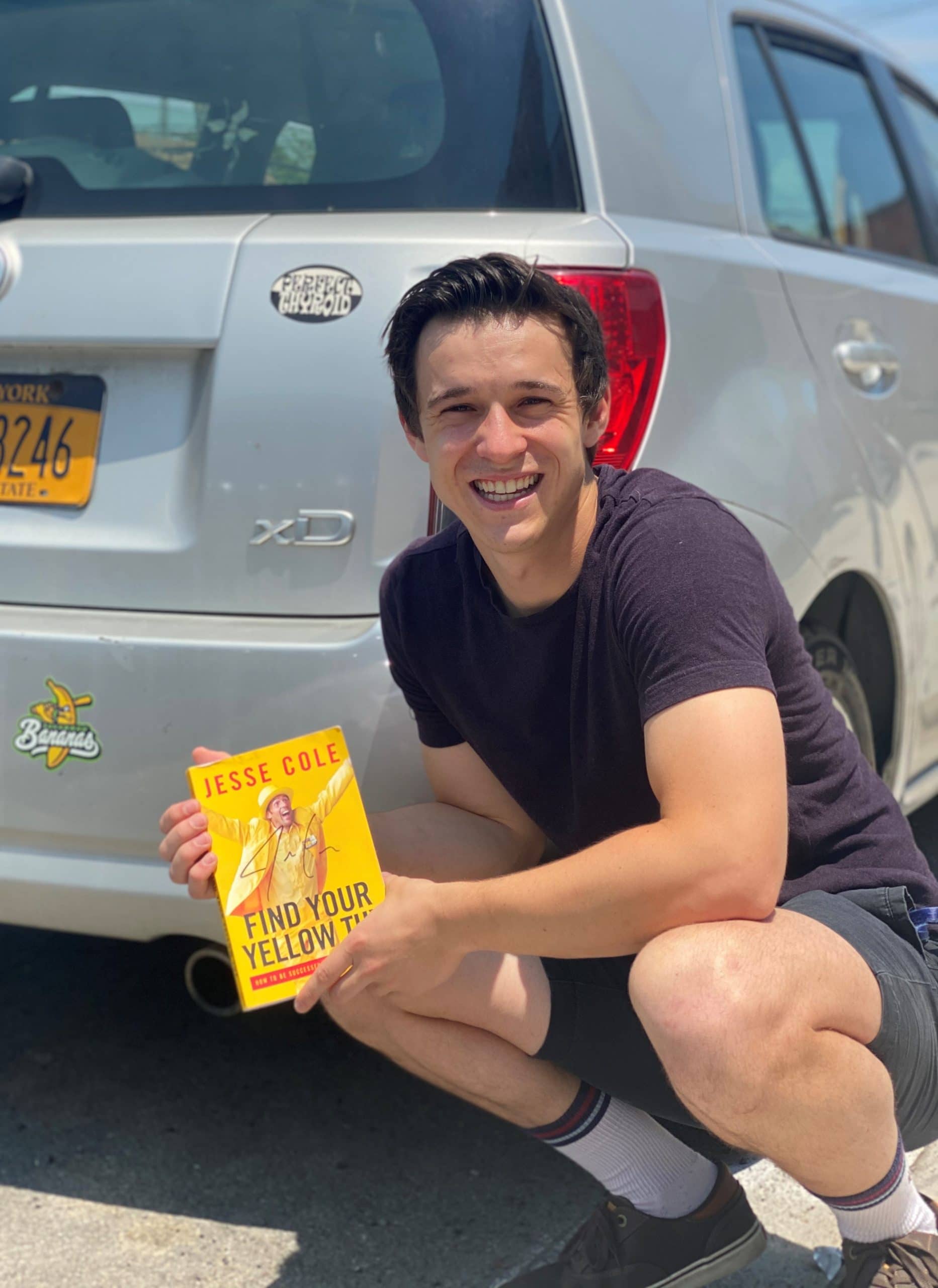 SAVANNAH, GA – Since the announcement of Bananas Insiders in May, we have been hard at work envisioning ways to make this new online experience remarkable for the fans. We want this experience truly centered around the fans in every aspect. We have been on the search for someone who could be the voice of Insiders, but that could also see the game from a fan’s perspective. Thus, we’re excited to announce that the voice of Insiders will be Biko, a tried and true Bananas fan!

Biko is a Saugerties, NY, native and is currently living in Secaucus, NJ. However, he is joining the Bananas for the summer in good ole historic Savannah, GA, and the whole crew is stoked! Biko is currently working as an Associate Producer for the MLB/NHL Network. He’s worked with events such as the Stanley Cup, World Series, All-Star Games, and various other professional league events.

Biko is an old fashioned guy and peels his bananas from the top and not the bottom. He doesn’t care if this means sacrificing a bruised banana at the top because, well… it’s worth it to him to be a normal person. He’s notorious for posting videos on Twitter of showing his goats some of his old baseball cards. He doesn’t think they appreciate the beauty in baseball cards since Kevin and Henry (the goats) keep trying to eat Gaylord Perry and Rod Carew, but he’s hopeful they’ll begin to understand sooner than later. Biko doesn’t have a go to karaoke song, but admits that he would absolutely rock out to “Wet Sand” by The Red Hot Chili peppers.

He would rather have an extra toe than an extra finger, because being able to type a little faster is just not worth the risk of being hunted down by Inigo Montoya. Between breakfast, lunch and dinner, Biko chooses dinner as the solid winner just because it is “constantly outstanding.” The weirdest thing he’s ever put ketchup on is mac ‘n cheese, but only if said mac ‘n cheese is already loaded up with garlic, sauerkraut, pickled veggies, and all kinds of “weird farm stuff,” as Biko would put it. Oh, and Biko is just a nickname. His real name is Nicholas.

According to Jesse Cole, “I knew from the beginning, that [Biko] would be an amazing fit. To top it off, he’s become a big fan of the Bananas and Bananas Insiders was designed 100% for the fans.”

Biko is a ride or die Bananas fan and he is stoked to take on this position with the Bananas. Biko will not simply be a broadcaster.  He will be sharing everything from the fan’s perspective, and it will be nothing like you have ever seen before. It will be fun, entertaining, and full of twists and turns!

Biko proudly claims that baseball was his first love and even says that his first word was “Yankees”. He is a die hard Yankees fan (which we forgive him for) and has played baseball for the majority of his younger years. Biko is excited to be the Bananas’ Broadcast Entertainer where he can intertwine his love for baseball with his love for entertaining and making people laugh.

Berry said, “Biko is hilarious, intelligent, and 100% himself all the time. I can’t wait for our fans to get to know him and all of his funny quips, mispronunciations, and hot takes. He’s going to be a major part of Bananas Insiders and office culture in general. Couldn’t be more excited to have him join us!”

What makes Biko unique is that he started out as a fan, and will continue to be a fan. Biko plans on delivering the best possible broadcast for everyone watching and to make fans feel like they’re just hanging out in the living room (which they will be) watching some good baseball with Biko right next to them (which he won’t be… because that might be a little weird). His top priority this summer is to deliver that one-of-a-kind in-stadium experience that you get at a Bananas game.

Besides making fans feel like they’re right there with Biko, fans will have an even bigger chance to interact in the game. There will be major power in the hands of our fans this summer. At certain points in the game, fans will get to decide what happens next. Fans pick the play, Biko relays it to Tyler Gillum, and he’ll tell the boys to get ‘er done. There will be no more hands up and yelling at the TV, because fans will have the chance to make some of their own coaching decisions. Besides that, there will be merch giveaways, mic’d up players and coaches, unique camera angles (hopefully no drones will experience death by dinger), tons of behind the scenes access and much, much, much more.

Biko explained: “We’re gonna throw the kitchen sink at this broadcast, but everything we do we’re going to do to the best of our abilities. We’re not just a diner with a million options, we’re going to be the best damn diner in the nation, with a million mouth watering options. Sure we’re probably gonna mess up a thing or two or three, but that’s part of the fun too.

So grab the crackerjacks, round up your pals, and mentally prepare yourself. Biko is bringing the heat and all the fun to Bananas Insiders.