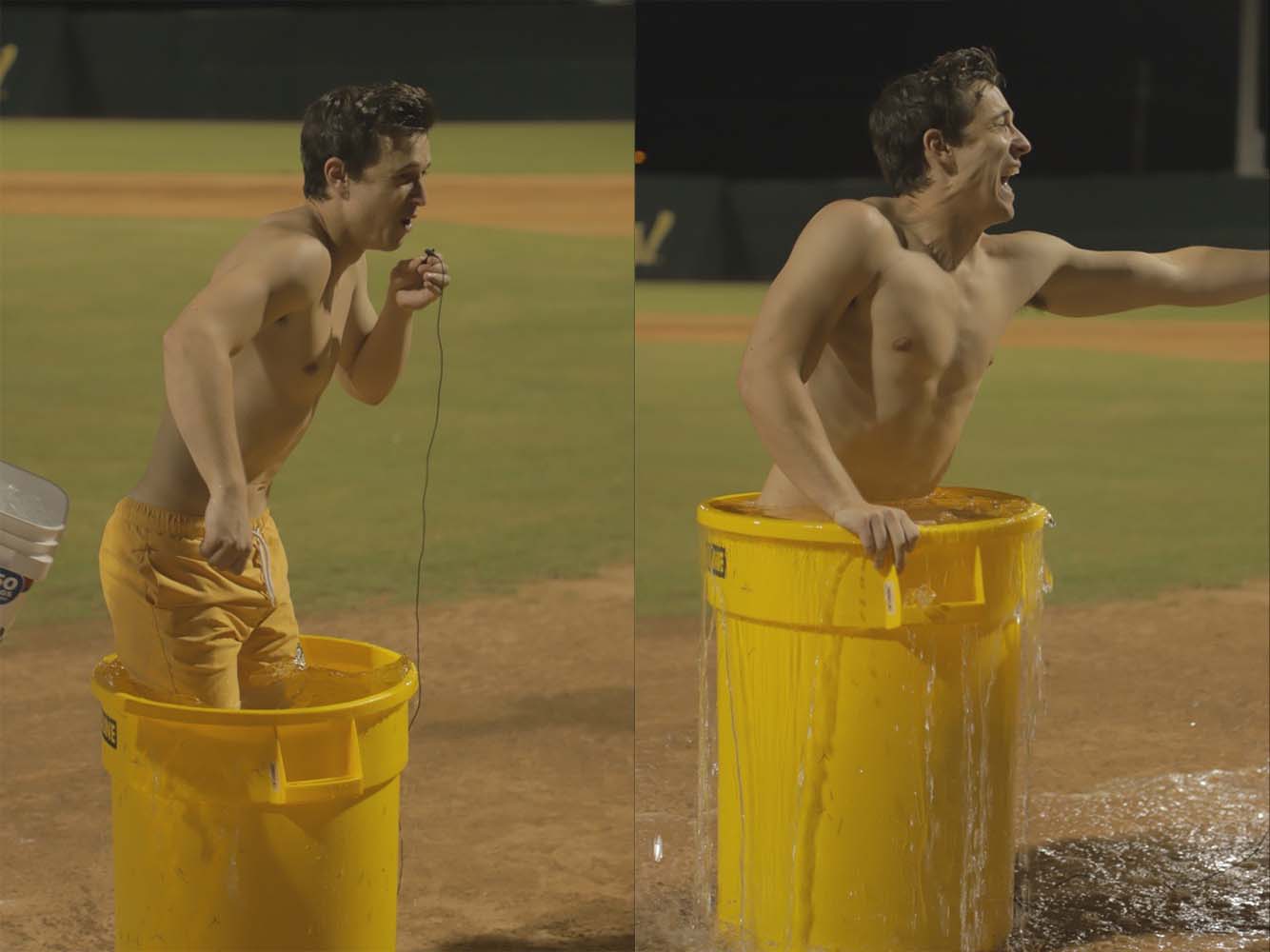 The Savannah Bananas are about to explode with happiness with the announcement that Biko Skalla, the Bananas Broadcaster Entertainer, will be returning to Bananaland for a third season.

The Saugerties native made the jump to Savannah in the summer of 2020 where he immediately became a favorite and leader to the jubilated group of Bananas Insiders. The Emmy-Award winning New Yorker (yes, he actually has an Emmy), increased his accolade list this year when he won the 2021 CPL Broadcaster of the Year Award.

“I can’t really explain how much fun I’ve had in Savannah these last two years,” Biko said. “It really amazes me that after playing and being a super fan the game my entire life, the Bananas have by far the most fun brand of baseball I’ve ever seen. Historic Grayson Stadium is a magical place that has housed the greatest show in the sport for the last six years and it’s only getting better (and crazier) every step of the way. Simply put, I would be a fool not to stick around and see just how incredible year seven of the Bananas will be.”

During the 2021 season, Biko found himself in some pretty odd places while debuting his interviewing skills in a new series called “The Ripe Rundown”. Some may have been slight disastrophes where his eyes were burning from shampoo and soap, but the series was memorable to say the least.

Eduardo Malinowski gets interviewed by our Broadcast Entertainer, Biko, after a 9-0 win. Hear what Eddie's favorite moments of the game are in this episode of The Ripe Rundown. pic.twitter.com/YihOT2F0AJ

Team President Jared Orton did have some words on Biko’s return, “Biko has the voice of an angel. There is only one person on earth who could create such ridiculousness and that person is Biko. He may be an Emmy Award Winner and Coastal Plain League Broadcaster of the Year, but he is an equally talented goat farmer. I’m excited to see what tomfoolery he brings to Bananas fans in the future.”

The Bananas attempted to interview the goats on the Skalla Family Farm back in Saugerties multiple times, but they declined. Sources say the goats are sad they will see less of Biko in the summer but are happy for this step in his career.

Here’s to season number three with the master of Bananas Broadcasting, Biko!

Bonus Bananas: We’re throwing in this video because it is a team favorite with the combination of calls made by Biko. COME ONNN!

Sorry not sorry that we’re posting about Saturday again, but when @drew_yniesta and @bryson_bloomer both hit bombs…you post about it more than once. pic.twitter.com/6XVUxXv7eG