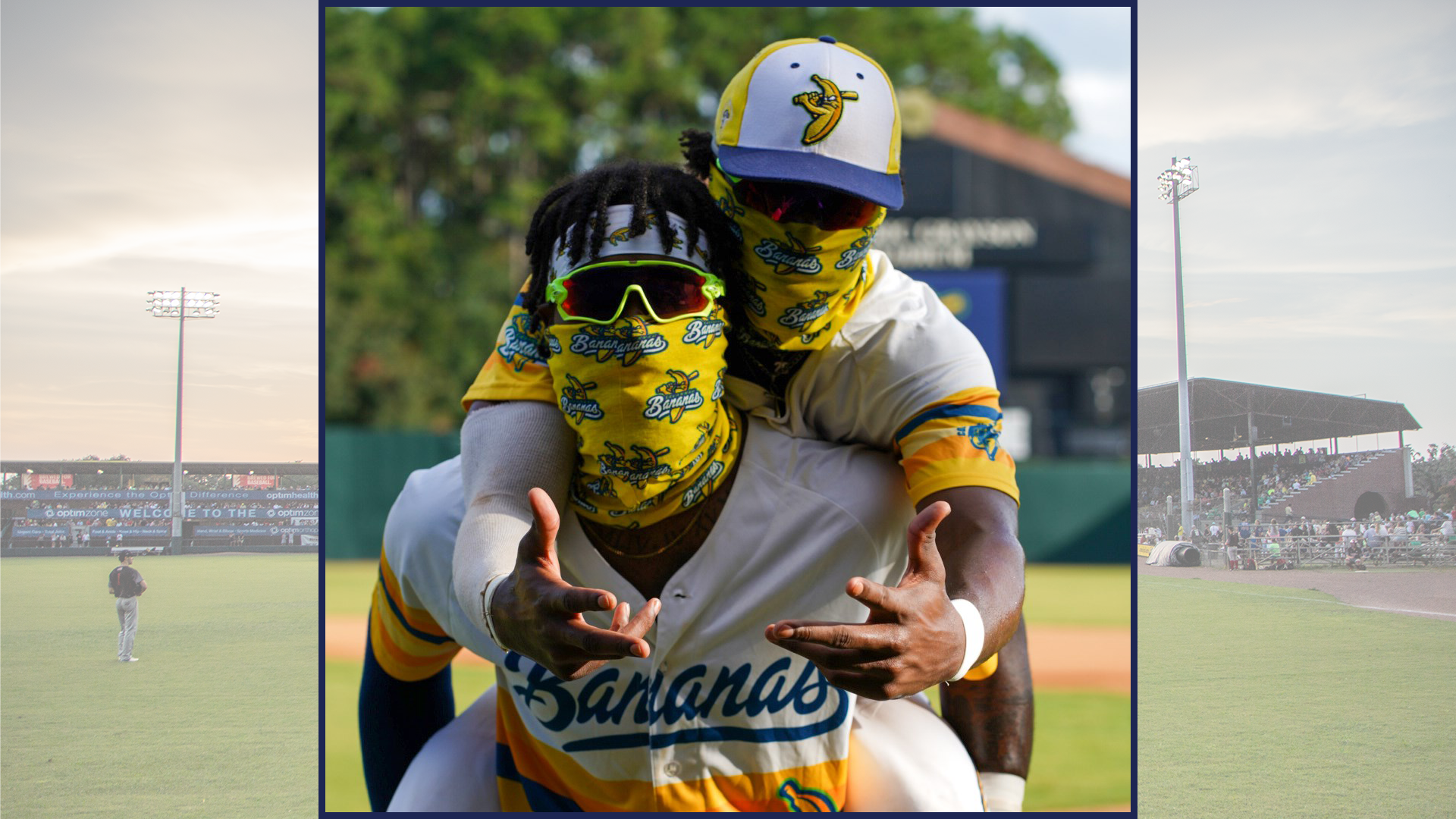 Calvin Butler and Khalil Robinson are not biologically related, but nobody can tell them they’re not brothers.

The two have been playing baseball together since they were 12 years old, when a bizarre play would bring them closer than they ever could have imagined.

Khalil’s father, Jaye Delai, said he remembers it like it was yesterday.

“Khalil’s pitching, Calvin’s catching. Calvin throws down to 2nd and POW! He nails Khalil in the side of the head.”

“Me and Calvin hated each other for a couple weeks,” Khalil said laughing. “I was like ‘Bruh you hit me in the head!’ and he was like ‘But are you dead?’ From then on we just started staying over each others’ houses and it’s been like this since then.”

“I’m telling you after that day, those two were inseparable,” Jaye said. “And it was such a blessing because you’ve never seen two kids work harder and fall in love with the game together like them. They love shoes and they love baseball.”

Fast forward nearly a decade after that fateful attempt at a throw down to second from Calvin and it’s actually quite impressive how in tune he and Khalil are. If you listen to their interview on Savannah Bananas Unpeeled, you will hear how they constantly finish each other’s sentences and echo what the other is saying. And that love for the game that Jaye said Calvin and Khalil have can easily be seen when you watch them play. They both said that Savannah was the perfect environment for how they want to play baseball.

“It’s just a lot of fun,” Calvin said. “We’ve been playing baseball for years, for our whole life… So it’s like every day, doing this every day. Then we come out here, it’s just fun.”

Khalil jumps in, “It’s just funny because we do this between ourselves. The way we play the game out here just dancing, laughing, inside jokes, like we’ll do this amongst ourselves.”

Calvin interjects, “We come out here and do it and not get in trouble!”

Khalil again, “I was out here in my first game and I was just literally being myself… they were playing music, we were dancing and the fans are just like, they’re loving this, they’re eating this up right now and I’m just like ‘Really? I’m just doing what we normally do.’”

Calvin cuts in, “We’re in our own world and it just so happens to be twenty-five-hundred people watching you be in your own world and I mean I guess they like that kind of thing but really it’s just,” without any hesitation Khalil joins Calvin and in unison they say “Us being us.”

It hasn’t always been all fun and games for the brothers in their baseball careers. Throughout high school during summers in Houston they trained under Sean Livsey, a 1991 1st round draft pick of the Astros. And when they weren’t training with Sean, they were putting in extra work with Khalil’s dad, Jaye.

“All I did was reinforce everything he taught them,” Jaye said. “I know that I’ve put in more than 30,000 hours with those boys. No question.”

Before the Bananas, Calvin and Khalil hadn’t gotten to play on the same team since high school. Both have had winding collegiate baseball careers since then, each playing for three different schools before finding their way to Rust College for their senior and junior seasons respectably.

It was a special treat for Calvin and Khalil’s family getting to see the fellas play baseball this summer as well. Calvin’s grandmother and grandfather, Rutha and Bruce Boudreaux, said it was amazing getting to watch the boys as well as the whole show the Bananas offer.

“We watched more than just Calvin and Khalil just so you know,” Bruce told me. “We watched you, we watched the other young men on the field, we watched Maceo, we watched the Banana Nanas. We watched a little bit of everything but yes we were very, very enthralled and happy to watch our grandson and his friend get over there and play ball.”

“I think the shenanigans was part of the fun for them,” Rutha said. “It was certainly fun to see them enjoying the game in that way because their seasons were cut short last spring with the coronavirus and not being able to practice and play in front of groups like they had previously been able to, it just kind of fills your heart to know they had that opportunity.”

Distance wasn’t an issue for the Boudreaux’s when it came to getting Calvin’s mom in on the fun either.

“We watched them play with our daughter,” Rutha said, “she’s in DC but we would actually have a phone call and while she’s watching we’d be watching and we’d be commenting on the games… it was a lot, a lot of fun to be able to watch them and have them have that experience.”

On top of the fun of the whole show and getting to play baseball at all in the summer of 2020, Calvin and Khalil played the game really well. Calvin was a super utility man: a phenomenal catcher who showed he can lock down any spot in the outfield and shine around the infield as well while bringing a dangerous bat up to the plate. Khalil played a sturdy outfield with a strong arm and showed he can play a great first base as well. K-Rob can be devastating at the plate as well, really heating up the last weekend of the summer with a big 3-5 performance driving in and scoring 3 runs on Thursday night before sending a ball approximately 450 feet out of the park for a 2-run home run on Friday.

The dynamic duo takes their talent back to Rust College in Holly Springs, Mississippi where they will play their first full season of baseball together since high school.