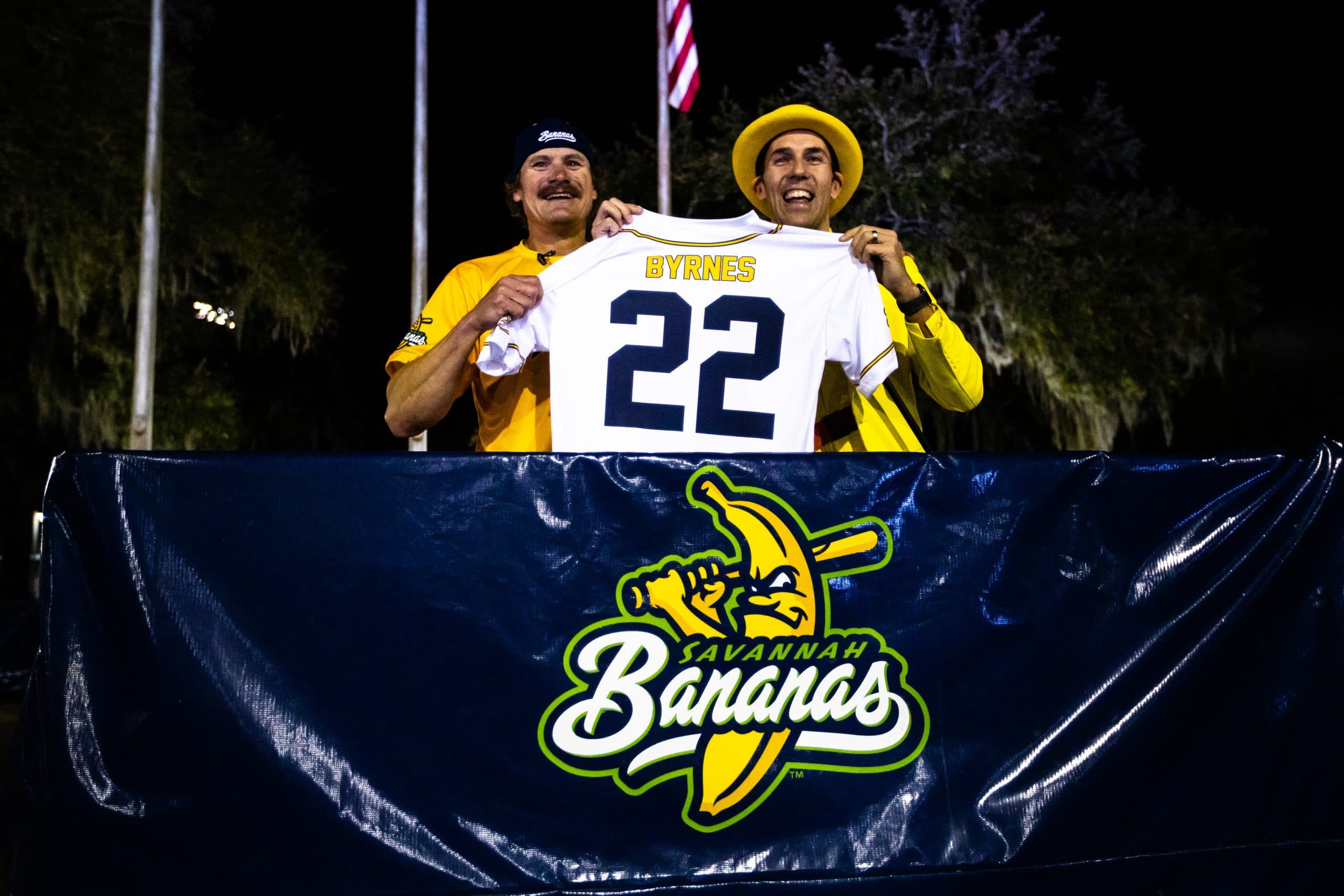 The Savannah Bananas are incredibly excited to announce that former MLB star and MLB Network analyst, Eric Byrnes, will be the next manager of the 2022 Bananas Premier Team. Byrnes played eleven years in Major League Baseball and then spent another ten years at MLB Network and performed both jobs with an abundance of energy that simply must be seen on the 2022 Banana Ball World Tour.

Since his retirement from playing baseball, Eric has also become an unbelievable endurance runner, most notably tackling the Western States 100 Mile Endurance Run in 2016, which can be seen in the Diamond to the Rough documentary. Two years later, Byrnes became the first person in history to complete a ‘Triathlon Across America’ — swimming 7 miles across the San Francisco Bay, cycling more than 2,400 miles from Oakland to Chicago, and running 905 miles from Chicago to New York City.

Bananas owner Jesse Cole could barely contain himself when talking about what bringing Byrnes onboard means to the team.

“Eric Byrnes is an absolute electric factory,” Jesse said. “He’s all about the fun of the game and that’s a major part of what makes him the perfect coach for Banana Ball. He’s also as bought in as I could ever imagine somebody ever could be. It just feels like he was meant for us, and we were meant for him.”

Team president Jared Orton did his best Walt Whitman impersonation when it was his time to reflect on Byrnes’s addition.

“When I think of the most entertaining and talented coach on earth, I simply can only think of Eric Byrnes,” Jared declared. “They don’t grow Bananas like Eric Byrnes. He’s a true gift.”

That he is dear Jared, that he is. When it comes to the man of the hour himself, Eric is thrilled to be a part of a baseball team trailblazing their own unique path.

“I’m just so excited and humbled to be a part of an organization that is revolutionizing the game of baseball,” Eric said through a hearty smile.

Fans who want the opportunity to see what Eric Byrnes will bring to the 2022 Banana Ball World Tour should visit www.thesavannahbananas.com/worldtour and join the Ticket Priority List or to get information on outings for their group, organization, or business.