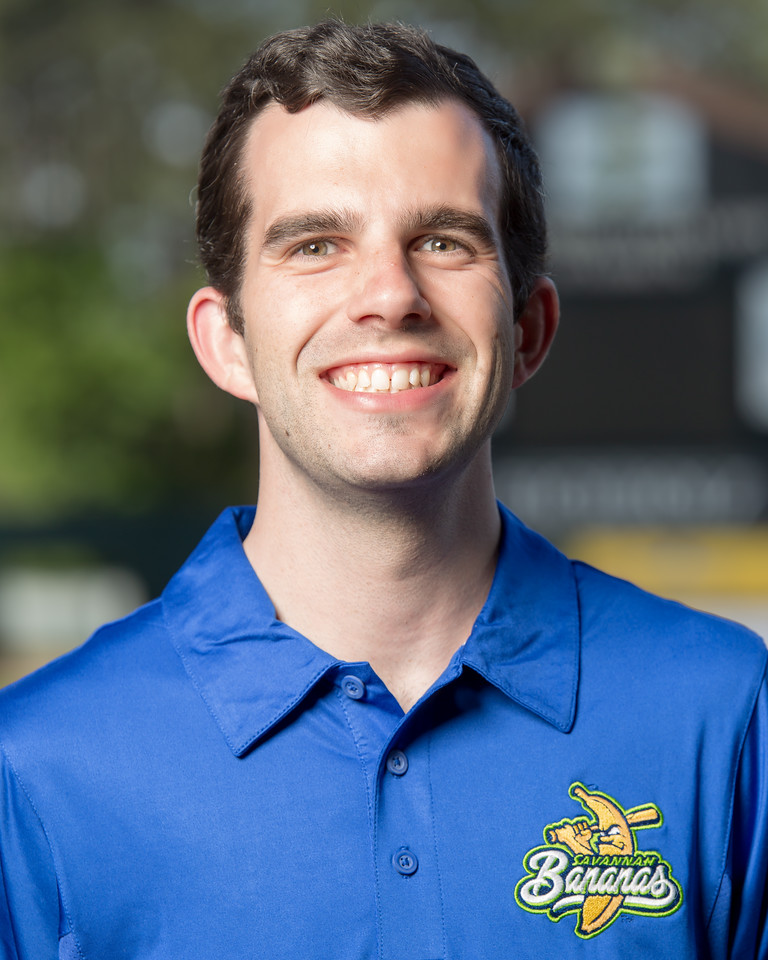 Jared began working with Fans First Entertainment with Savannah’s sister team in Gastonia, NC. while he completed his degree in Sport Management at Belmont Abbey College. While with the Grizzlies, attendance grew to new heights for the franchise as Jared began to tap into new niches of fans in the marketplace. After the 2013 season in Gastonia, Jared became the Assistant General Manager of his hometown Burlington Royals.

Because of a relentless focus on entertainment and ticket sales, the Royals were fortunate to see tremendous growth in attendance and revenue during the 2014 and 2015 seasons. Jared is now taking those experiences, along with the experiences of Fans First Entertainment, to develop a value-packed, non-stop, entertainment experience for Savannah fans. Jared currently lives in Savannah with his wife, Kelsey. Click here to meet Jared! 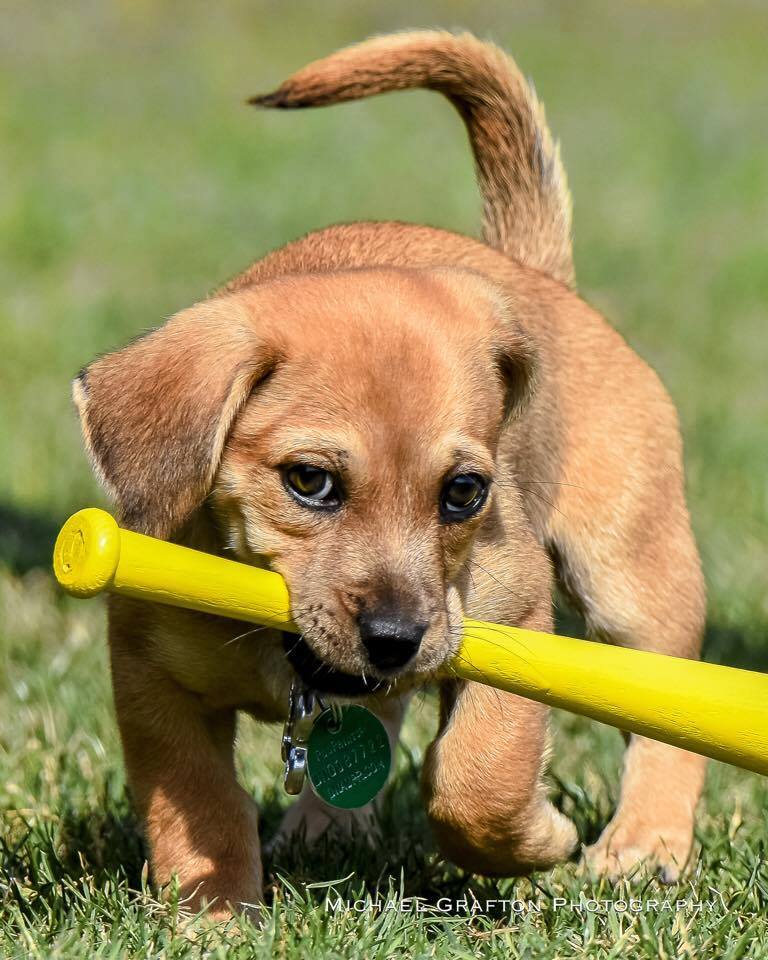 Daisy was adopted by team President Jared Orton and his wife Kelsey, after being abandoned in the Grayson Stadium parking lot.

She comes to the office to greet fans who come in to buy merchandise and memberships. She is also at every game, and training to be the team bat dog. Daisy has been featured on Good Morning America and Animal Planet, as well as Cosmopolitan magazine. 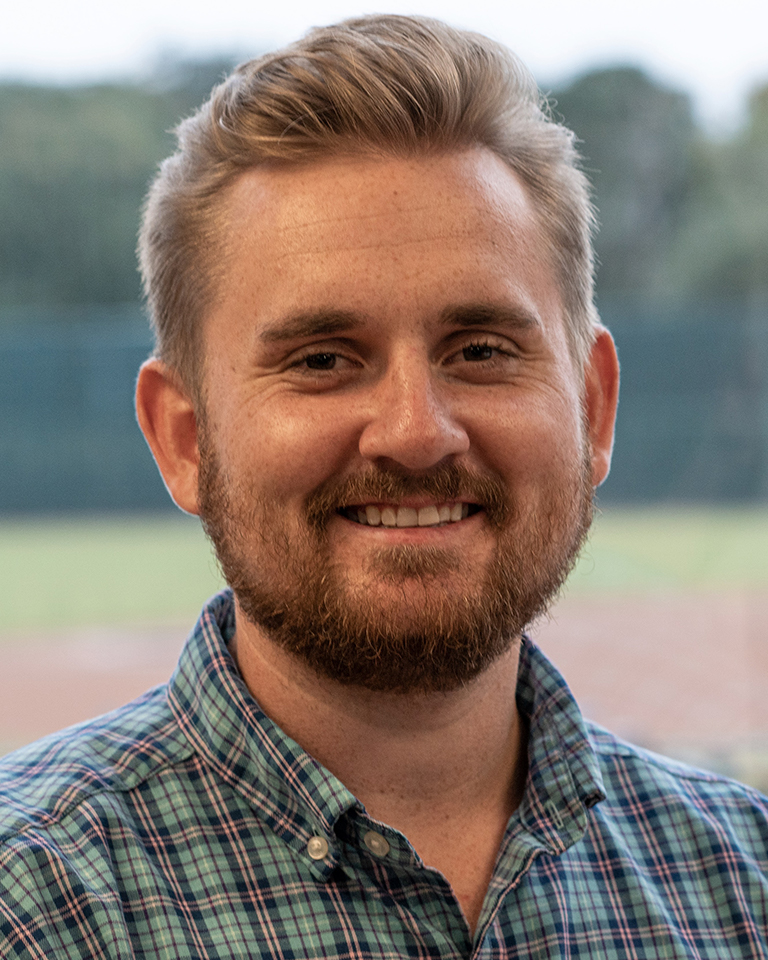 Berry joined the Banana family full time after interning with the team during the 2016 season. He is now going into his 3rd season with the team and has taken on the role of Director of Ticketing. He is originally from Swainsboro, GA, where his father coached baseball and his mother taught English Literature. He attended Armstrong here in Savannah, GA on a baseball scholarship and earned a Bachelor’s degree in English Literature. Berry’s favorite thing about the Bananas is getting to meet and build relationships with so many awesome and interesting people in this community. Click here to meet Berry! 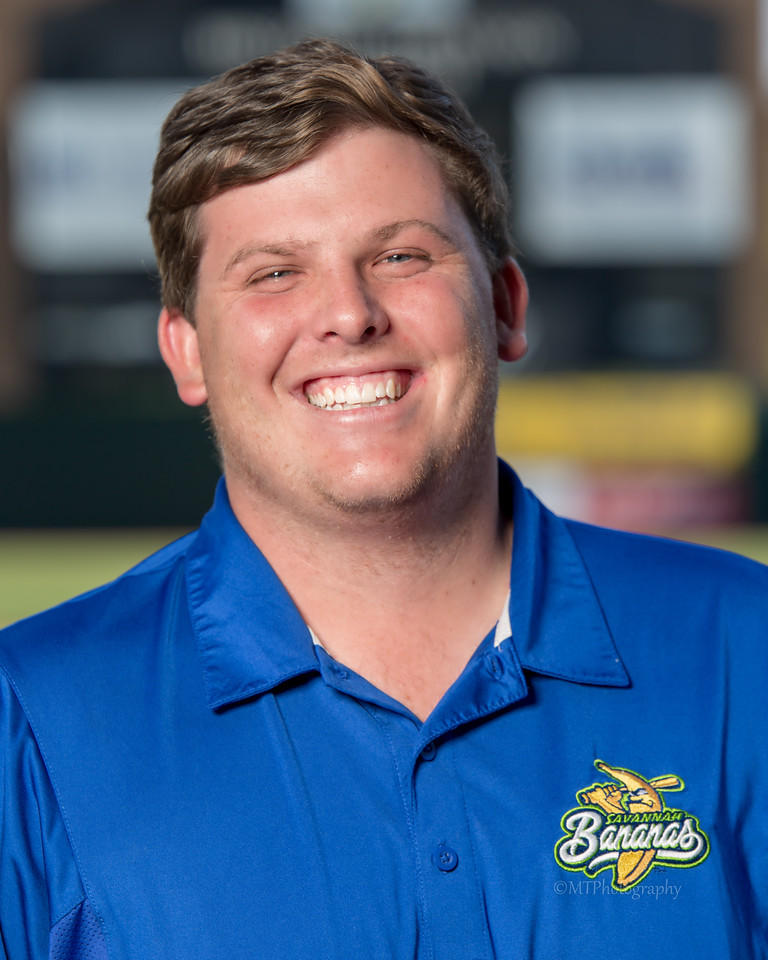 After spending the 2016 inaugural season as an intern with the Savannah Bananas, Patrick accepted the opportunity to be a full-time employee as the Banana’s Group Sales Coordinator. He looks forward to selling out games at Historic Grayson Stadium and giving local groups in the community the experience of a lifetime. Click here to meet Patrick! 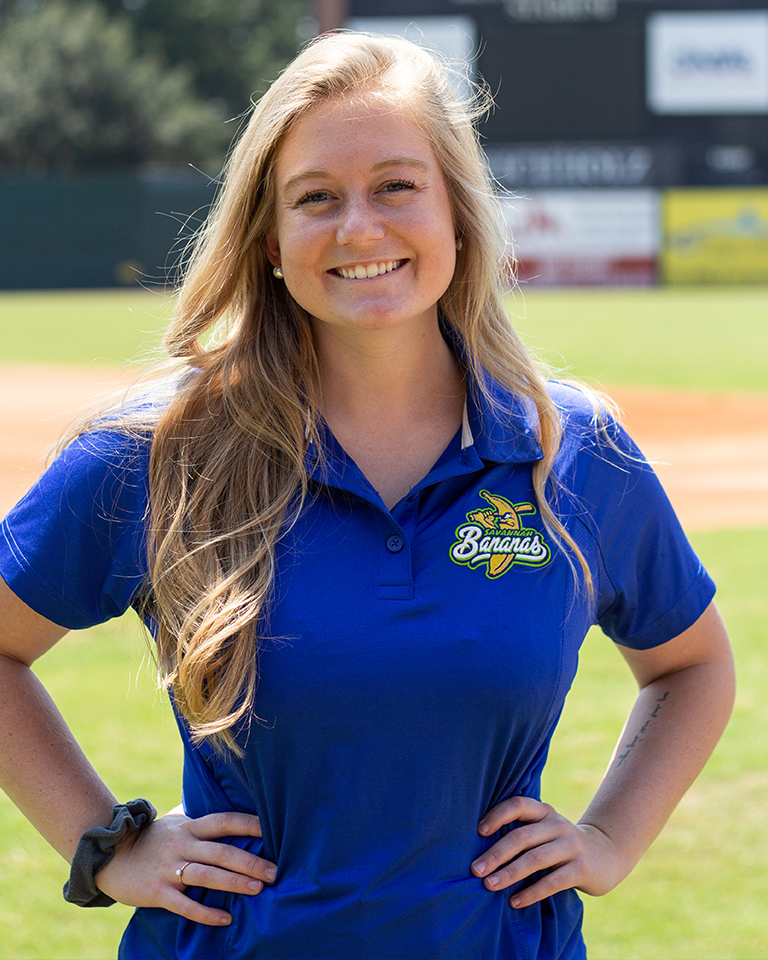 Katy was born and raised an Eagles fan right outside Philadelphia, PA. She spent her time after college traveling all over the country doing a variety of marketing and front office jobs before joining the Bananas in the summer of 2019. Katy’s excited to take her passion for working with people to the Bananas as she provides the best possible “start to finish” experience for our interns and staff. Want to be a part of the Bananas family? She’s your go-to! Click here to meet Katy! 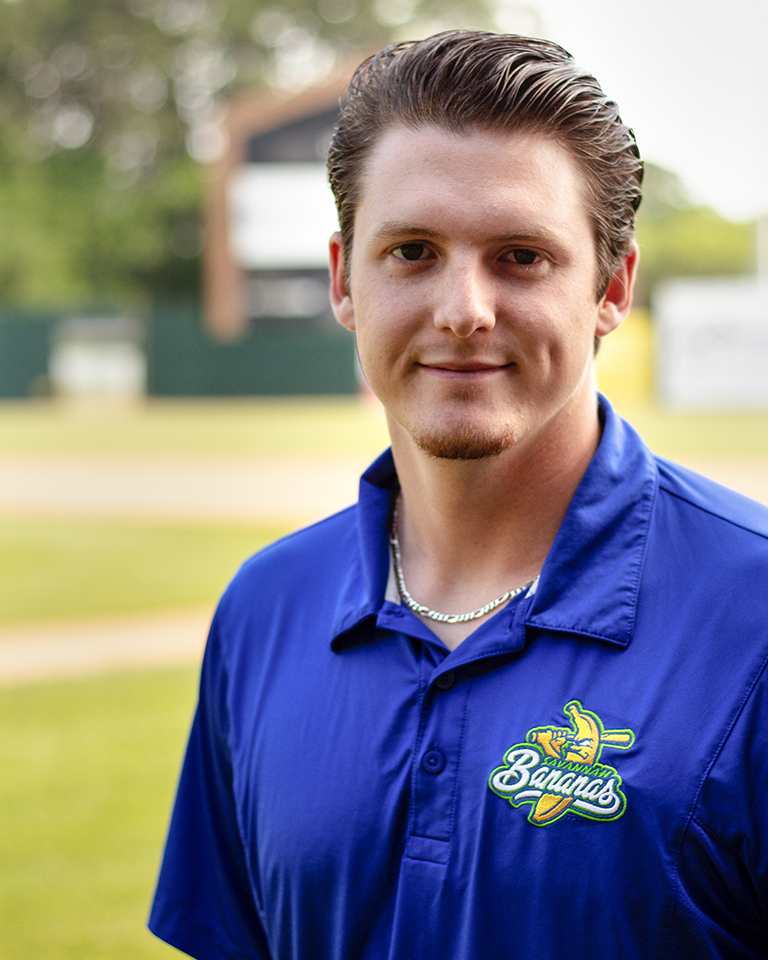 Matt accepted the opportunity to join the Bananas family as a seasonal Ticket Experience Coordinator during the 2018 season and recently accepted the position full-time. Matt spent his time at the University of Georgia yelling and cheering on the Bulldogs. Now in Savannah, he looks forward to bringing his passion for entrepreneurship and love for sports to ensure the greatest fan experience at Historic Grayson Stadium. Click here to meet Matt! 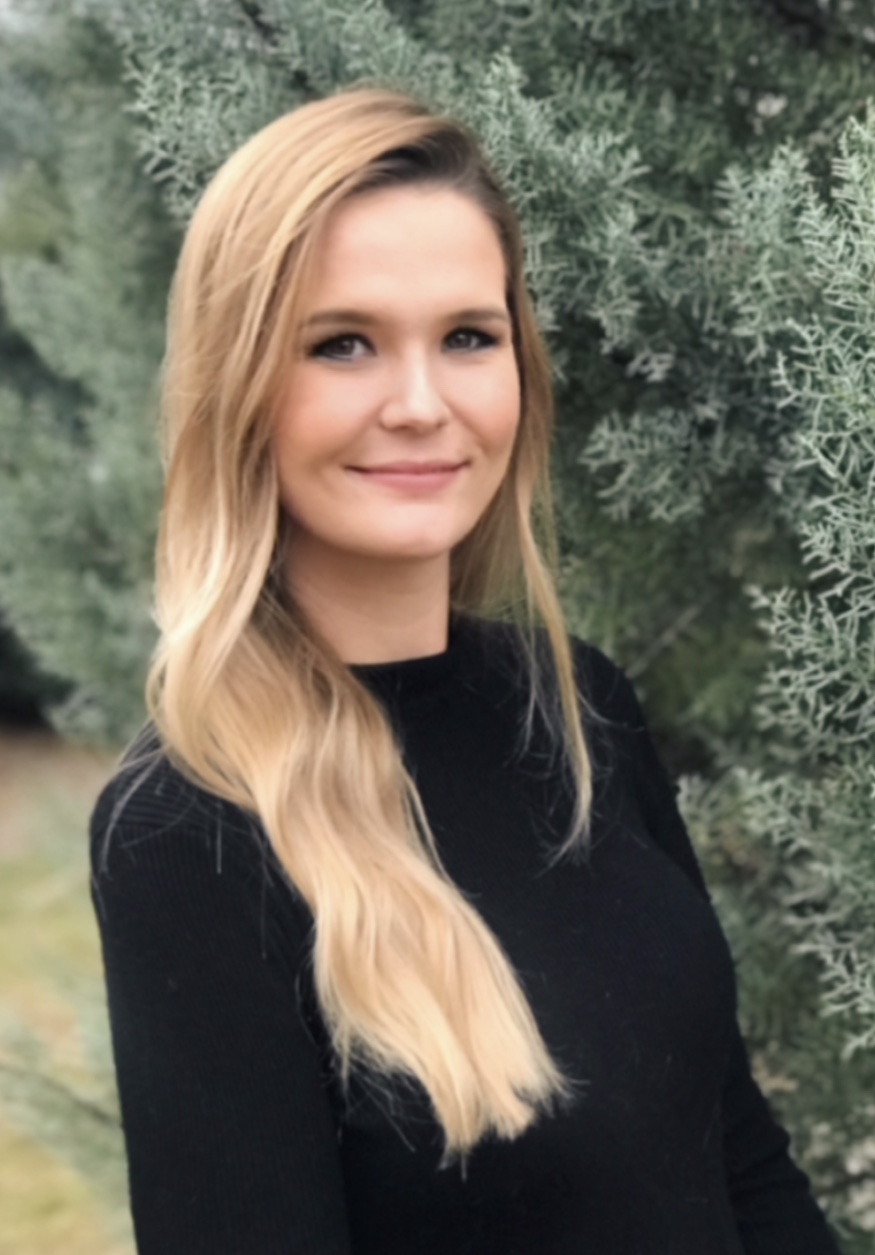 After interning with the Bananas during the summer of 2017, Devon is excited to be back with the Bananas full time! Following her graduation from the University of South Carolina, Devon worked as an event coordinator in beautiful Hilton Head Island, SC. Her passion for helping create amazing experiences for people will spearhead her efforts to take care of Bananas fans at games this season! Click here to meet Devon! 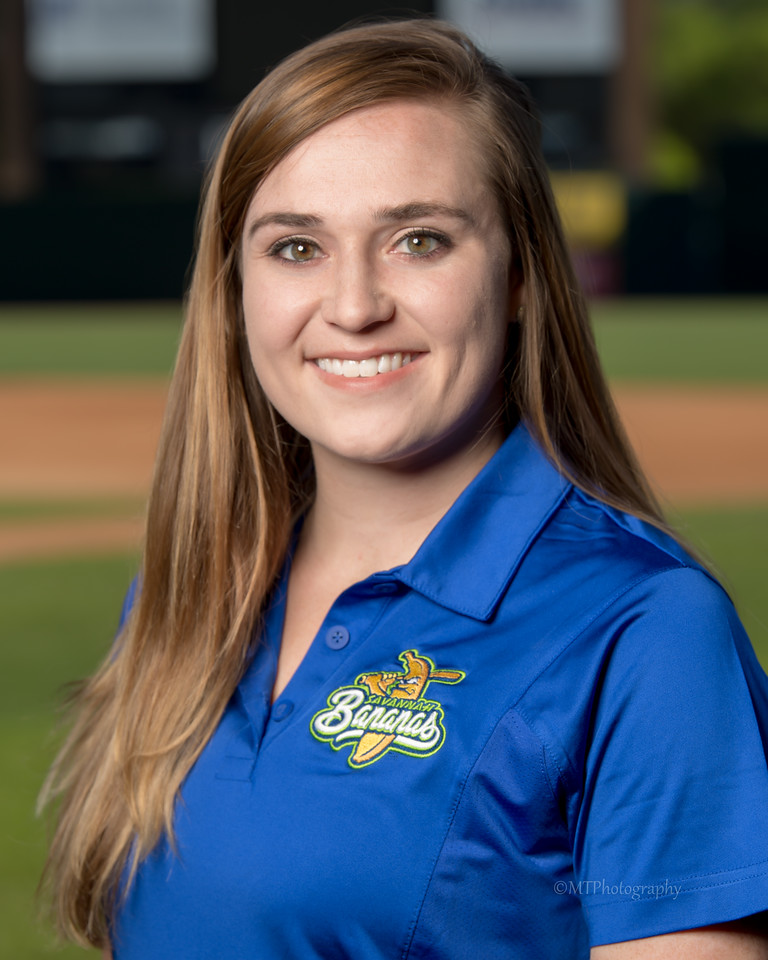 Marie moved to Savannah in 2015 to help Fans First Entertainment launch the new team and has been blessed to see the Banana Pandemonium unfold since day one. She’s proud to call Savannah home now and looks forward to seeing how the Bananas can continue to bring this great community together. Click here to meet Marie! 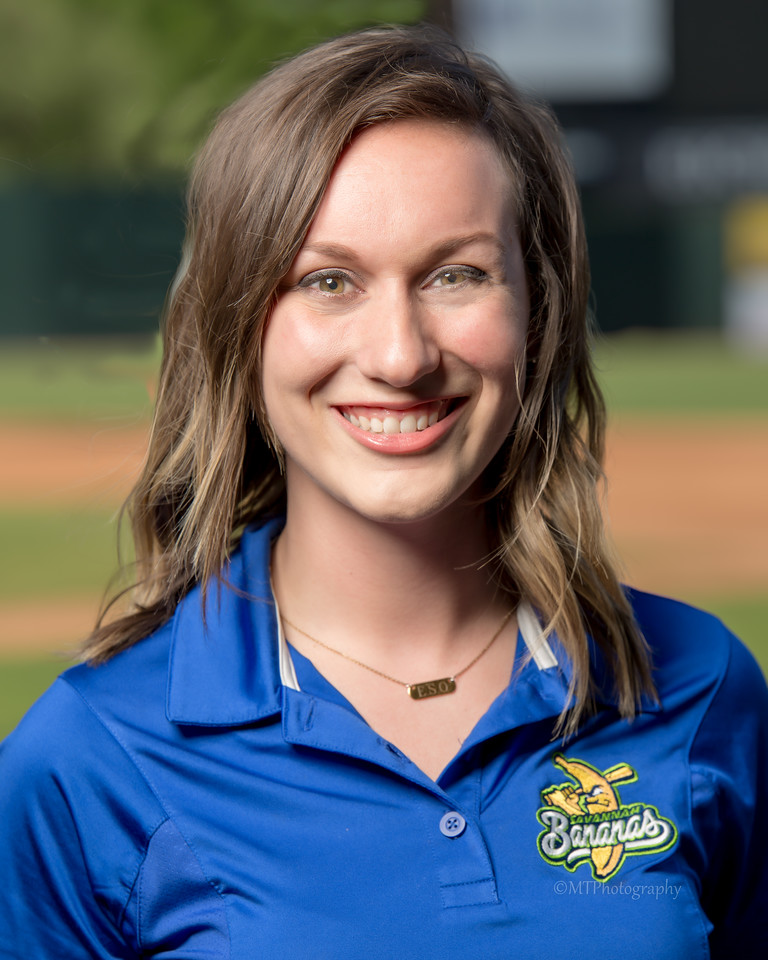 Lizzy moved to Savannah in the summer of 2015. She loves the southern charm and all the excitement Savannah has to offer. Lizzy enjoys helping children & families make the best memories possible at Grayson Stadium by coordinating host families, child & adult birthday parties, and both Savannah Bananas baseball camps. She also runs our Merchandise Department! You can always find her in the Banana Stand during games. She looks forward to another successful season full of amazing fans and great baseball! Click here to meet Lizzy! 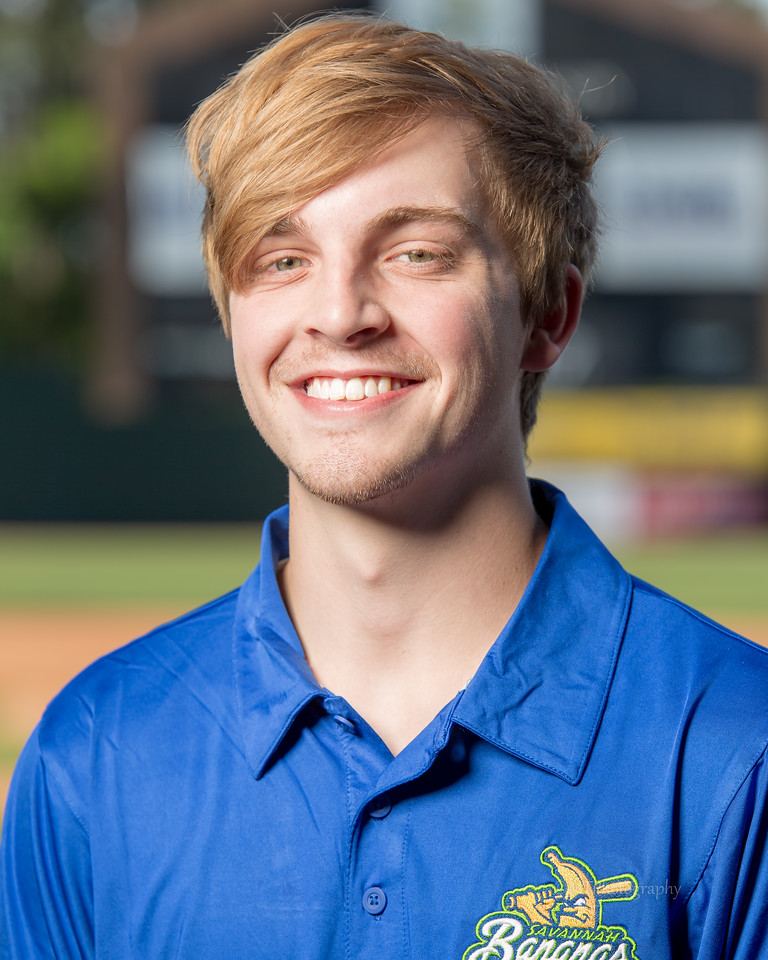 After interning with the Bananas during the 2016 season, Ben accepted the offer to become a full time employee and create videos for the Bananas year round. He is hungry to produce more professional, viral content that will get everyone talking about the Bananas! Outside of filming and editing, Ben loves to write, record, and perform original music.

Kara joined the Bananas family after interning during the 2018 season. She is a Savannah, GA native and is pumped to be back in her home city. Her favorite things about marketing include being able to create fun content and engage with the fans on social media. She is excited to learn and grow more with the Bananas this upcoming year. 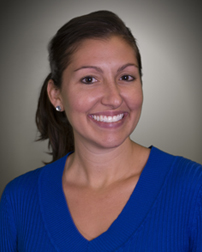 Prior to her work with Fans First Entertainment which began in 2011, Emily spent time with Ripken Baseball and the Augusta GreenJackes as well as the Vermont Lake Monsters and the Binghamton Mets. Emily graduated from SUNY Oneonta in upstate NY where she studied Communications with concentrations in Marketing and Public Relations.

Emily works with the full time staff, interns, and hundreds of game day staff workers to focus on the culture and atmosphere of each event held at their ballparks.

After the birth of their son, Maverick, Emily has stepped back a little from every day operations to raise Mav and oversee their Airbnb rental on Tybee, but can still be found at the stadium often. Click here to meet Emily!

Jesse Cole
Owner
jesse@thesavannahbananas.com
781 424-2499
He created his own major in college, owns 7 yellow tuxedos, and was bat boy for the Red Sox when he was 5 years old and 15 years later pitched a game at Fenway Park.
He proposed to the Director of Fun, Emily at their stadium in front of a sold out crowd in 2014 and later got married at the same stadium on the field as it poured on them. They just welcomed their first son, Maverick.

Jesse Cole is the founder of Fans First Entertainment and owner of the Savannah Bananas.

The Savannah Bananas currently have sold out every game for three straight seasons and have a waiting list in the thousands for tickets.

In 2018, Fans First Entertainment made the INC 5000 list as one of the fastest growing companies in America.

Jesse released his first book “Find Your Yellow Tux – How to Be Successful by Standing Out” in January of 2018.  The book launched #1 in three categories on Amazon and has been sold in 18 countries.   Staying true to his mantra, “ Whatever’s Normal, Do the Exact Opposite,” Cole launched the book with a World Book Tour….at Epcot.

Cole is the Host of the Business Done Differently Podcast. Click here to meet Jesse!