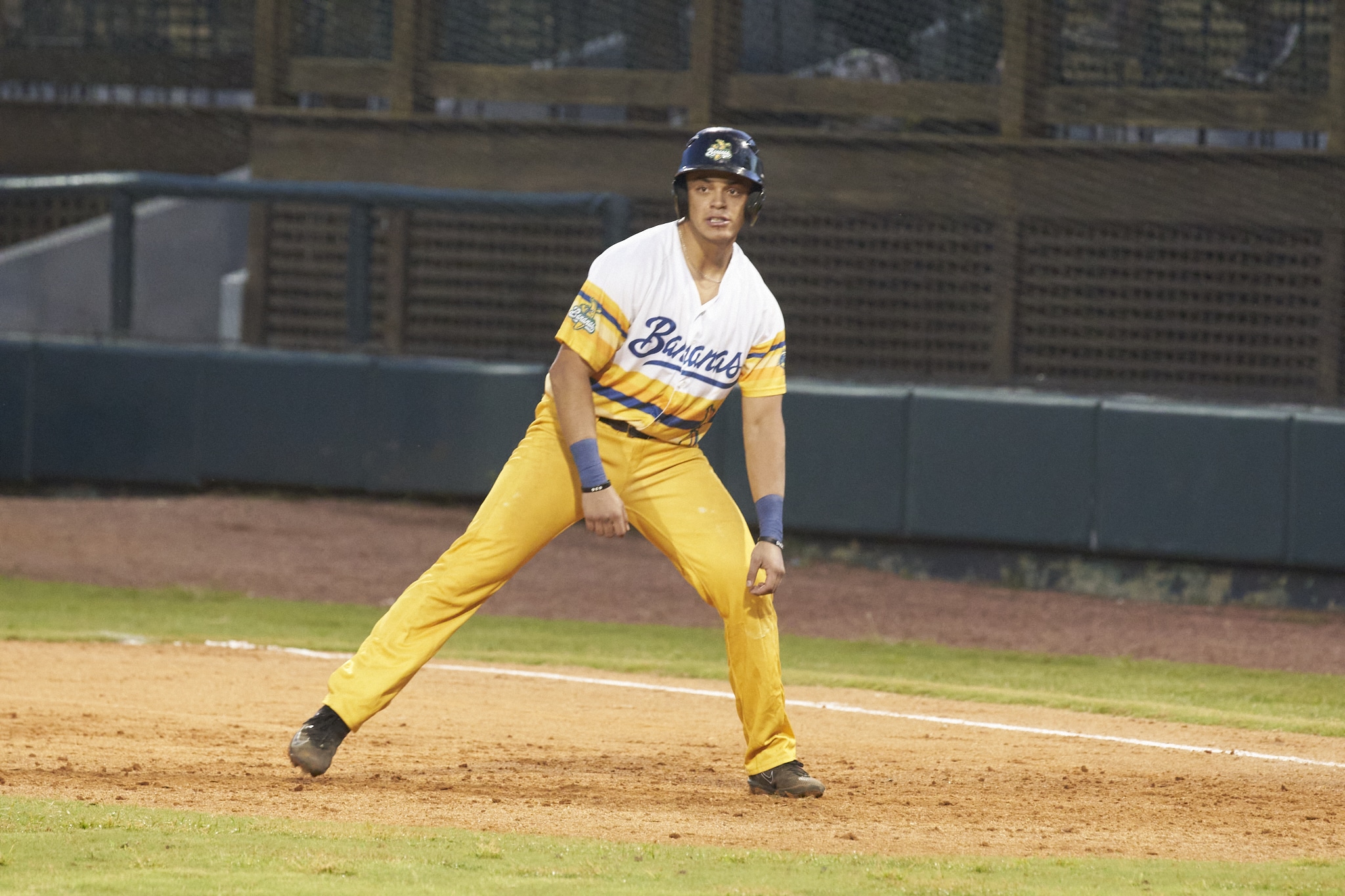 These are the words that Juan Colato has lived by ever since he was a young boy. Whether it be his athletics, education, or personal life, Juan works harder than anyone else to ensure that his goals and aspirations are met.

Colato was born and raised in El Salvador, San Salvador, infamously known as murder capital of the world. You might assume that this environment would shape Juan into a brash young man with a chip on his shoulder. You’d be wrong.

Instead, he focuses on his family, and gives praise often. “My parents taught us good morals. My mom is a strong and fearless woman who taught me that I don’t have to fear any challenge that life may give me.”

Juan’s mother taught him a lot of valuable life lessons, but his father is the reason that he got into baseball.

When Juan was younger, his friends were starting to play soccer, so naturally he wanted to play too. However, his father had other plans. He was a big baseball fan, so he wanted his Juan to give baseball a shot.

Juan was reluctant, but as the years went on, he started to stand out from the other players and his natural talent started to become apparent..

At the age of 18 he was playing center field in a tournament in Nicaragua when baseball legend, Dennis “El Presidente” Martínez, came up to him to congratulate him on his performance in the game. It’s not every day that a teenager get’s to meet a Major League Baseball Hall of Famer who is impressed with their skills.

Juan’s father knew that for his son to get the best opportunities to play and be scouted, his near future would not be in El Salvador. That’s when the family decided that Juan would go and live with his uncle, Oscar Colato, in Arizona.

Juan continued to play in tournaments in Arizona, but ended up not getting any scholarships or offers. Still determined to play baseball, Juan chose to walk on to South Mountain Community College’s baseball team.

Speaking little to no English, he had an uphill battle to both communicate with his teammates and maintain his academics. Like most challenges Juan has faced, this one didn’t stand a chance either. By the end of his freshman year, he was runner up for MVP while earning a 4.0 GPA.

South Mountain Community College is also where he was also introduced to Tyler Gillum, Head Coach of the Bananas and Assistant Coach at SMCC

Looking back on his time with Juan in Arizona, Gillum can’t help but smile. Juan had a very different mind-set from the rest of the team. For example, as a punishment, Gillum made the team run for “what seemed like forever.”  After, most of the players were upset or just too tired to say anything, but Juan came up to Gillum saying, “Thank you, coach. We really needed that.”

After his second year with South Mountain, Gillum encouraged Juan to play with the Bananas during the Summer, but Juan had too many summer classes to take and was planning on transferring to Grand Canyon University to play D1 baseball in the Fall.

He was eager to play ball again, and was planning to play for the Cape Cod League which ended up getting canceled as well. So when Tyler Gillum called Juan asking for him to play for the Bananas this summer, he was beyond ecstatic.

Tyler Gillum states that “He [Juan] is one of the most dynamic players we have. He can hit with power, he can steal some bases, and he has one of the best hand-eye contacts that I’ve seen.”

Juan would like to thank his parents, Marcos and Katia, for inspiring and encouraging him while also teaching him how to be fearless no matter what comes his way.

He also sends out his thanks to his uncle, Oscar, who helped launch Juan’s college career and who Juan lived with in Arizona. He is also grateful for all of his coaches from El Salvador, South Mountain, GCU, and the Bananas who have helped and encouraged him along the way.

Juan is planning on graduating in the Spring of 2021 with a degree in Engineering from GCU. His dream is to be drafted by the Red Sox soon after graduation, but he would be thankful to play for any pro baseball team. No matter what, there are big things on the horizon for Juan Colato.