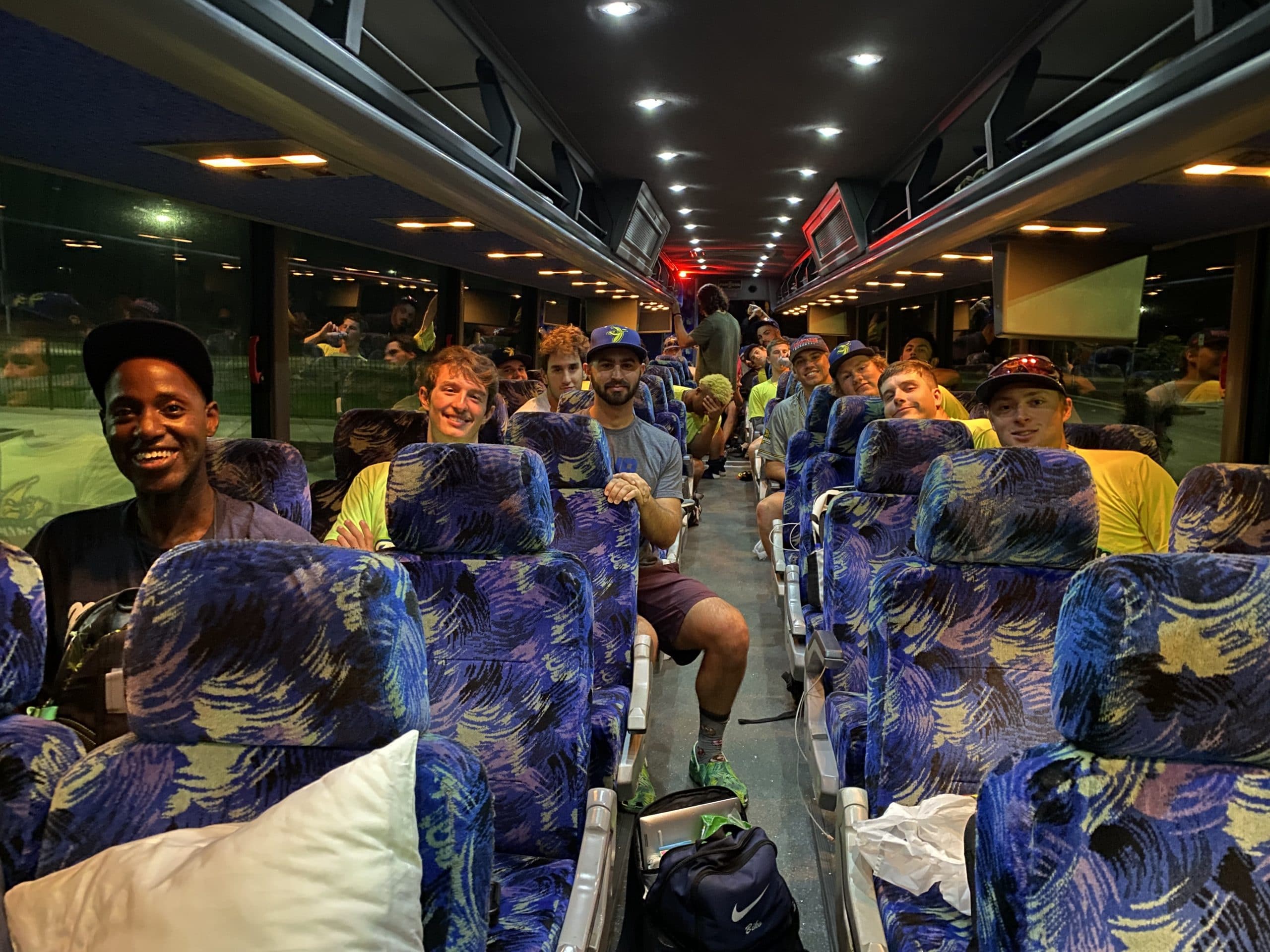 Whoever scheduled a quarter of this season’s games against the Florence Flamingos is on the hot seat. The Bananas are 11-2 against the rest of the Coastal Plain League and 3-3 now against their winged foes who are still in last place in the CPL East. Florence is just 2-10 when they don’t get to play the Nanners. It simply does not make very much sense. But that’s why I’m here to share the story of how once again the Flamingos did what the rest of the league has had so much trouble doing: beat the Bananas.

Lane, You Can Get Our Lineup from a Twitter Graphic, Harvey, went with Brooks, Home Runs Kill Rallies, Fowler, for his second start of the summer against Savannah. After starting his night with a strikeout, Drew, Big Couple Days for the OBP, Yniesta, sent a laser beam over the left field fence for his second long ball of the summer as the Bananas jumped out in front 1-0. Ryan, Unusual Business, Kennedy, sat the Flamingos down in order in the bottom half of the first.

Fowler was able to strand Ty, Turns Out There’s Green Grass in the Outfield Too, Jackson, who leadoff the second with a double. Kennedy erased his first base runner allowed in the bottom of the second with a snazzy 4-6-3 double play to post another zero. Brooks would then work around two walks in the third to keep the Florence deficit at just one.

Unfortunately for the Nanners, the bottom of the third ended up being as uncharacteristic an inning as you’ll get from Ryan Kennedy. The fourth year Banana walked the first two hitters he faced, got a big strikeout, and then gave up an infield single and walked a third man to push home a run. Then Jacob, Lederhosen, Hinderleider, tapped a grounder fair inside of first base for a double that plated a pair and put Florence on top 3-1. Kennedy got a bouncer to Wortham at first who cut down a would-be fourth run at the home and then Ryan notched a strikeout to escape further harm.

The guys went down in order in the top of the fourth and in came Andy, So… What Constitutes a Line of the Night?, Booth, who started his evening with a 1-2-3 frame of his own. Bryson, I Hit Two Flyouts Farther Than This Home Run, Bloomer, led off the fifth with a frozen rope out to left for his first dinger of the summer, cutting the Flamingos lead to 3-2. Taylor, You Merely Adopted the OBP, Drew, I was Born in it, Molded by it, Justus, worked a walk and then Bryce, Have You Really Made Your Debut Before You Play at Home?, Madron, lined out to left-center, causing Lane Harvey to go to the arm barn. In came Ryan, Chances are We’ll See Him Again, Schroeder, who worked around a couple walks of his own to strand the bases loaded.

Booth got three grounders in a row to the right side to hold serve in the bottom of the fifth, as Schroeder and Andy would trade off scoreless sixth, seventh, and eighth innings to send the 3-2 game to the top of the ninth.

Dylan, Finger Licking Good, Kurahashi-Choy Foo, led off the top of the ninth with a rocket down the third base line for a double, knocking Schroeder out of the game. In came Matt, Chances are We’ll See Him Again Too, Murphy, who gave up a booming flyout to right-center to Bloomer that looked and sounded awfully out of the park off the bat. The flyout pushed KFC to third and with one down the powers that be pinch hit Indiana, Does Anyone Have a Real Fake Doors Salesman Gift Card?, Stanley, who struck out swinging and then Madron lofted a flare to short that ended the ballgame.

The story of the night was stranded baserunners, as the Nanners left eight on base whereas the Flamingos only stranded three. Andy Booth would have been the hero of the game if the Bananas had come out on top, as he dazzled in relief with five innings of one-hit, six-strikeout, scoreless relief. Drew was on-base three out of four times and of course also went yabo while Bloomer had a tater as well plus a pair of smashed balls to the wall in a game where it was clear he found his A+ swing.

The magic number for clinching the first playoff spot in the CPL is still at three for the Bananas, as they welcome the second place Lexington County Blowfish to Historic Grayson Stadium on Tuesday night. We’ll have Reggie, “One of the Greatest”, Horton, mic’d up on the broadcast for his 43rd birthday as the pregame show will go live at 6:58pm eastern and first pitch will be at 7:0pm eastern, as always on Bananas Insiders!

A big thank you to Adam, Biko Will Have the Story Done Before We’re Off the Bus, Moreau, for returning from Arizona and blessing me with his beautiful mind for nickname help. Also shoutout Josh, The One True Beautiful Mind, Talevski and Andy Booth for their contributions to the nickname train as well!