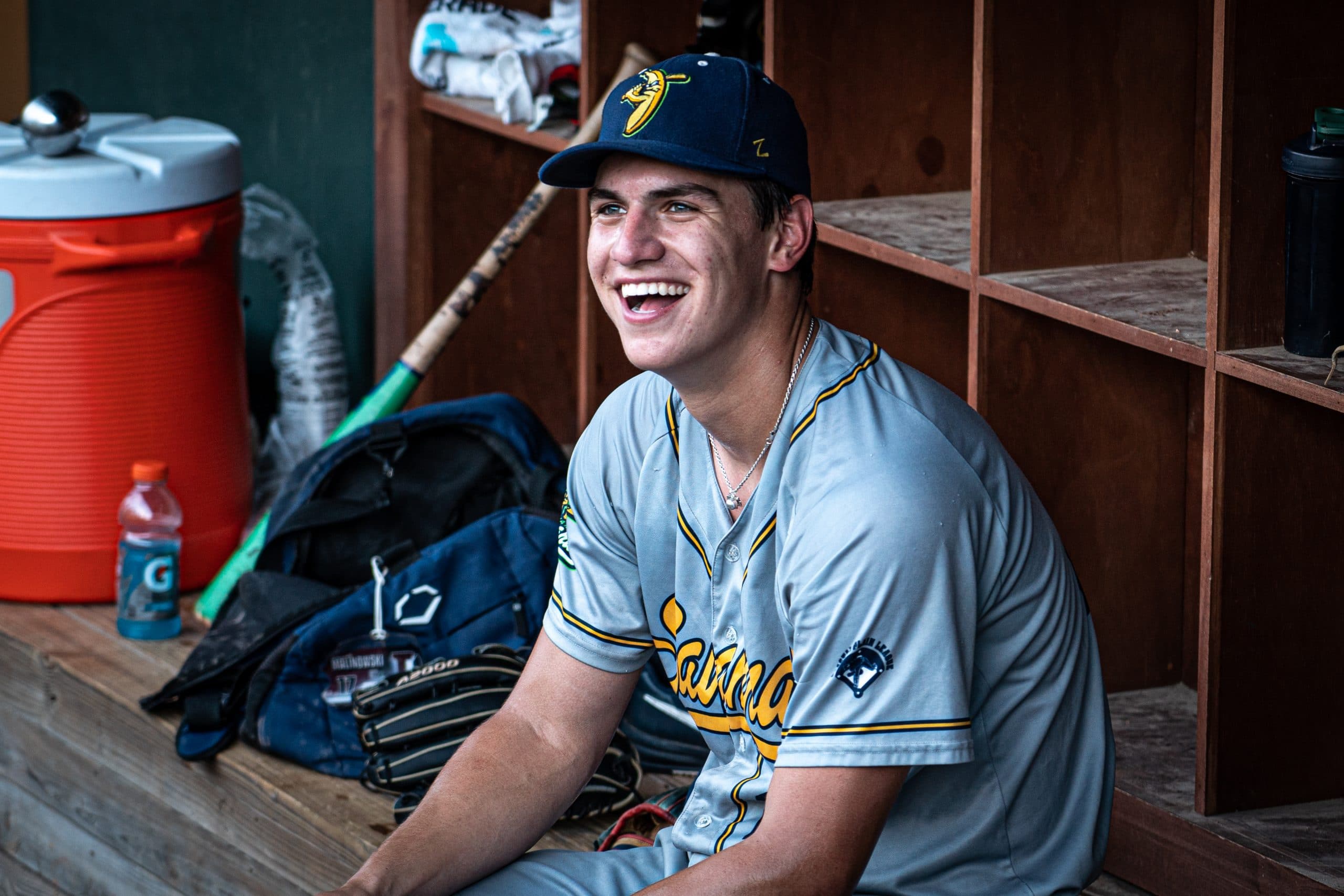 Okay, this is getting a little out of hand. The Bananas pummeled the Spartanburgers 9-1 in Historic Duncan Park, to improve to 9-0 on the year. It’s the best start to a season in the Coastal Plain League since Edenton’s 13-0 start in 2004.

Three batters into the game the Gulf South Conference Player of the Year, Danny Oberst laced an RBI single to right-center bringing home Tristan Peters and the Nanners would never let go of the lead. The Pride of College Station, Nathan Dettmer scattered 4 hits across 4 scoreless innings while striking out 5. The Slender 7-foot Slayer, Jared Beck came in with the bases juiced and 2 outs in the 5th with the go-ahead run at the plate and gassed up Keegan Sueltz with a 3-2 heater to quell the only real Spartanburg threat of the night. Beck went on to throw 2.1 scoreless frames while striking out 5 and only allowing 1 hit. The normally gentle giant showed big time emotion coming off the mound after getting his team out of the jam, and then again when he struck out the side in the 6th.

“It just really feels good to come into a situation like that and shut it down,” Jared said. “I’m mostly a starter at school so I know what it feels like to have my base runners left out there when a reliever comes in and gets the job done. It’s an incredible feeling and I was fired up to come through for the guys.”

The Shoe Selling Extraordinaire, Nick Swanson tossed a scoreless inning in his Bananas debut, and Jakob, I Don’t Care if it’s a Save Situation or Not Just Give Me the Ball, Barker picked up 2 strikeouts in a 1-2-3 9th inning.

The Dominican Destroyer, Livan Reinoso showed off at the plate for the 2nd straight night playing against his twin brother Dayan, going 3-5 with 2 runs driven in. Cole, I Love Cooking Spartanburgers, Kitchen put the exclamation point on the night, with a 2-out, 3-run oppo-taco bouncing off the top of the left field wall and out of the park.

A group of Bananas fans drove from over 4 hours away to watch the 9th straight victory of the summer. The team brought them on the field after the game to take pictures, sign autographs, and even get a follow on Tik Tok from Ty Jackson.

The Bananas return to the friendly confines of Historic Grayson Stadium on Friday night as they face the Bacon and try to make it 10 straight wins to start the season.