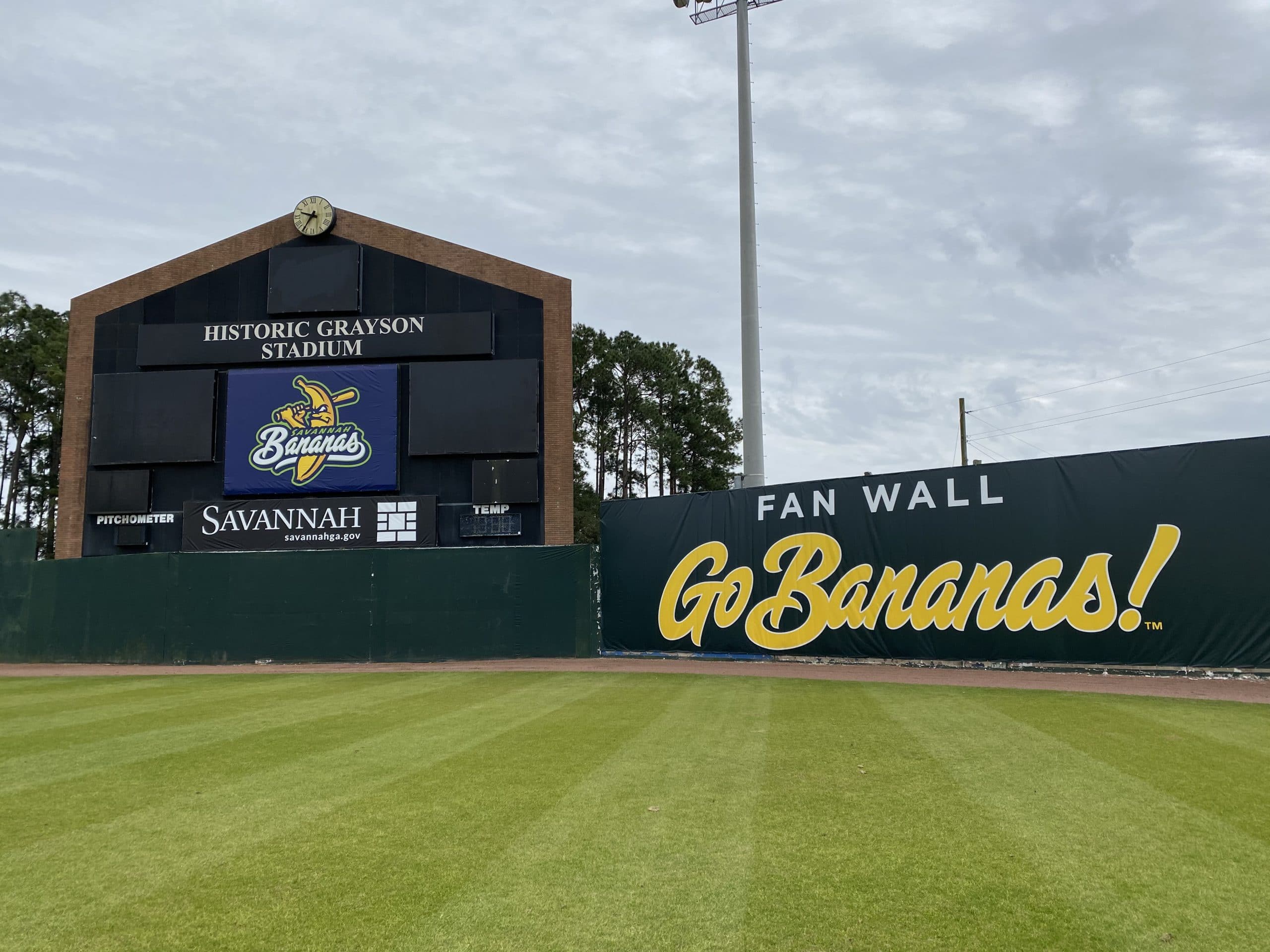 Savannah, GA – The Savannah Bananas have announced that Grayson Stadium will become the first known stadium to go completely Ad-Free.

Starting this season, Bananas fans will not see any billboards or signage featured in the stadium.

“This is all in the effort to create the most Fans First experience in sports,” said Bananas Owner Jesse Cole.  “We are relentlessly focused on a better fan experience and we don’t believe anyone comes to the ballpark wanting to be advertised to.”

The history of advertising inside of sports venues dates back over a century ago when teams began placing billboards on the walls of their stadiums as a way to generate additional revenue.

Today, often every single piece of real-estate – traditional and non-traditional- in a sports stadium is branded with a company logo. This model simply does not align with the Fans First values of the Savannah Bananas.

“For as long as I’ve been in the industry, we’ve sold advertising and sponsorships for our teams and our ballparks. It was just what you were supposed to do. The focus was always to sell the big signs on the outfield wall or sponsor a night at the park,” said Cole. “What we see from consumer behavior trends is that if given the choice, people fundamentally choose to avoid advertising. So, we believe that Bananas fans deserve an ad-free experience.”

“Our focus will always be on serving our fans in a better way not capitalizing on the people we serve.”

To replace the signage that traditionally went along the left field wall, the Bananas will pay tribute to the teams that have called Grayson Stadium home since 1926. A historical timeline will begin with the Savannah Indians and continue on to the present year of every team that played at Grayson.

“We’re giving the stadium back to the fans,” said Bananas president, Jared Orton. “This is just phase one of a larger vision to continue to celebrate the history of Grayson Stadium while also creating the most Fans First experience imaginable. We’re thankful to the sponsors who supported us each and every year and we’re thankful they understand the future of an ad-free ballpark.”

The Bananas 2020 season at Historic Grayson Stadium begins May 28.  The Bananas have currently sold out 88 straight games and set to sell out their third straight season in 2020.