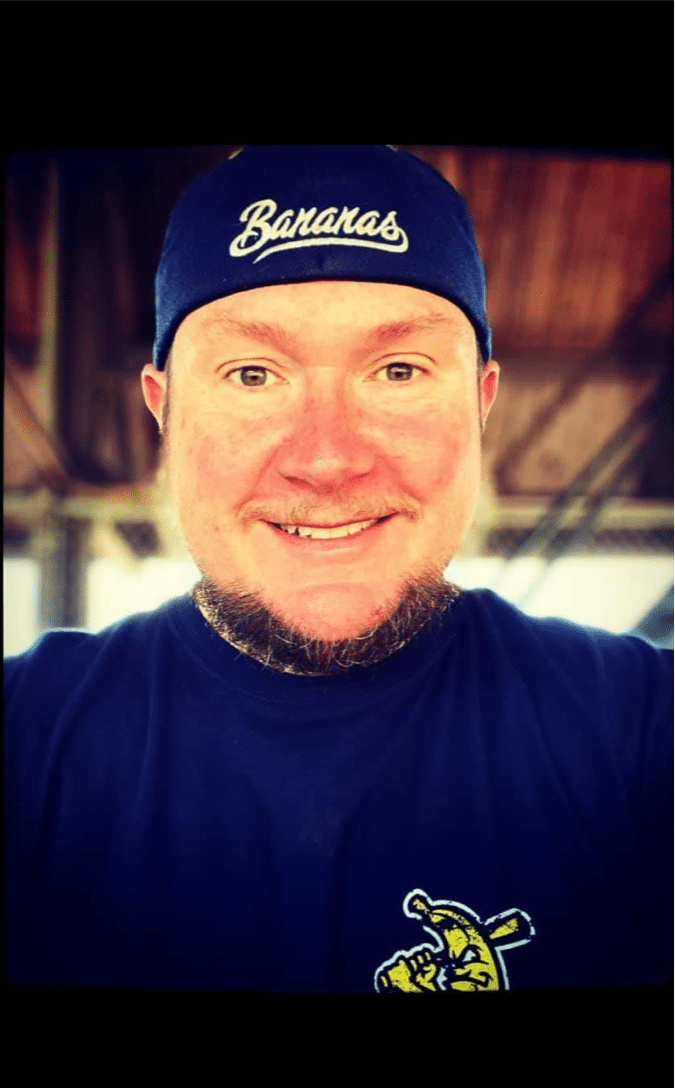 If you’re standing right now, we suggest you sit down. If you’re sitting, honestly it would probably be safest to lie on the floor because we have incredibly enormous breaking news.

Our legendary PA announcer and DJ, Mark Ediss, better known as Shark to Banana Nation, is coming back not just for one, but the next TWO seasons with the Nanners.

“We are all fired up to have Shark back as the Bananas enter the next chapter for our organization,” said Owner, Jesse Cole.

“From Day One of the Bananas, Shark has been the voice at Grayson.  He’s brought the energy to another level night in and night out.  Now as we take the Bananas to stadiums all over for the Banana Ball Tour, Shark will get to bring his passion and talent to thousands of Bananas fans all over the country. We and Banana Nation are lucky to have Shark back and rocking rolling for the years to come!”

Team President, Jared Orton, as per usual was feeling poetic when asked about what Shark means to the Bananas.

“Every week is Shark Week in Bananaland. He is the 10th man for our team. He is the voice to the people. He is the music to their ears. He is a legend among us all.”

When it comes to Shark himself, who has a great sense of humor and understands he is approaching (Brett) Farvian levels of retiring and un-retiring, he decided it would just be best to explain everything that went into his decision to return for at least two more years.

“Towards the end of last year’s amazing championship run, I felt like it was the perfect time to pass the torch and walk away from my Bananas family that I’ve called home for the First 6 years of their existence. I’ve been a part of some amazing things at Grayson: Military homecomings, proposals, port-o-john giveaways, and a plethora of other absolutely ridiculous things that we’ve pulled off. These are memories I can take with me and have in my heart forever!

I can come back for a couple more years of insane fun, World Tour Stops, and the chance to have 4000+ chanting ‘DOOOONUT’ again.That’s special! I love the atmosphere Grayson turns into, the players, the people who have truly become family to me and MOST IMPORTANTLY: The fans!

Huge thanks to my wife Sarah & my son Ben for allowing me the chance to continue doing what I love, even if it means sacrificing some of our time together. I love you!

To Jesse, Emily, Jared and the entire organization: Thank you for trusting me with such an important job! I’m so pumped to be back! See y’all at the ballpark. We’re just getting started!”

Now THAT was well said, Shark.