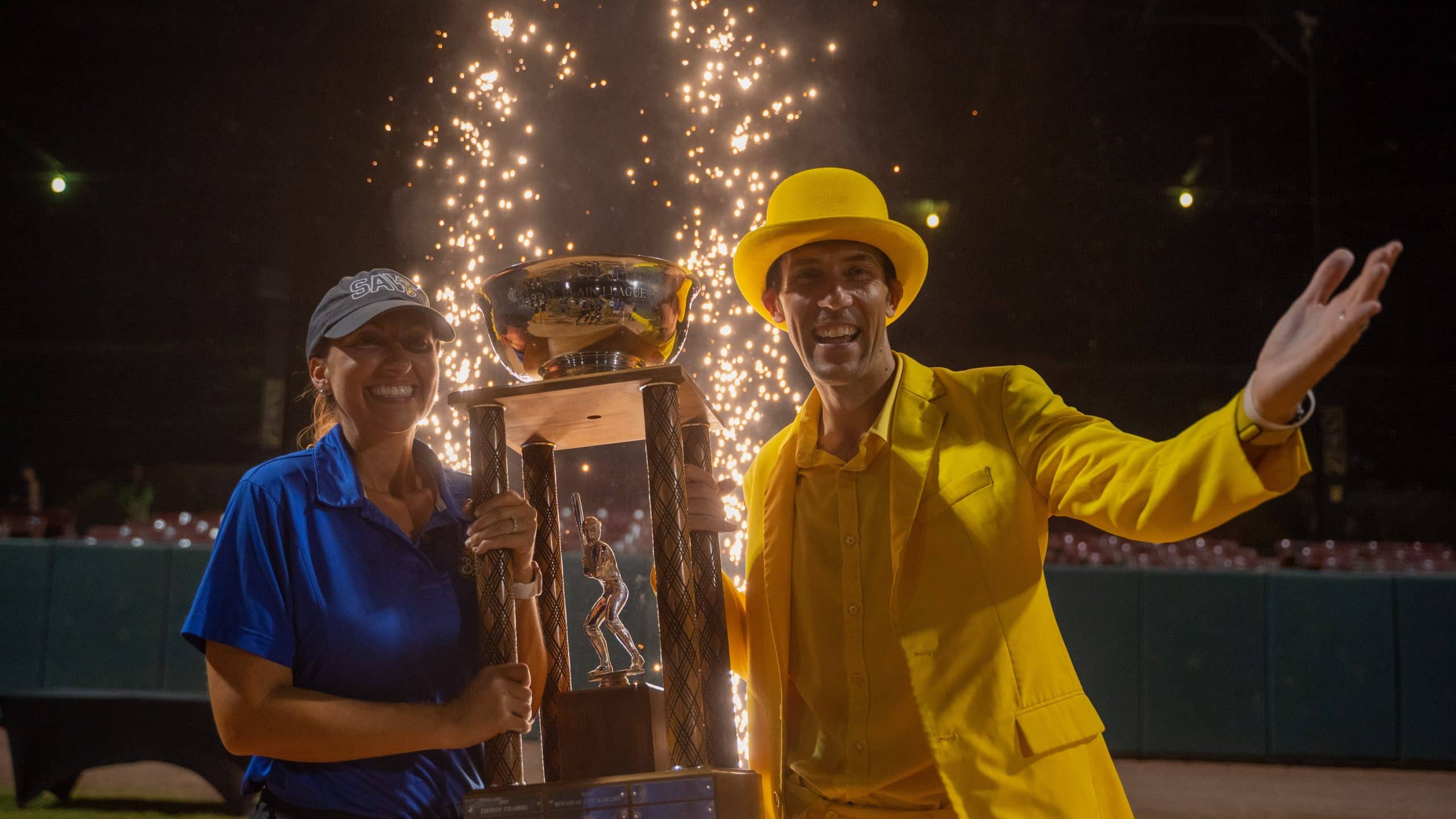 Thank You! As we finish our 2022 season, we are overcome with gratitude.

Your support helped make this season truly magical, culminating with winning the CPL Championship for the second straight year here at Grayson Stadium.

Since our first season in 2016, you’ve been there every step of the way and provided an electric atmosphere for our players.

Every game continues to sell out year after year, a feat that is unmatched in sports at any level.

Every night new fans traveled into Savannah from all over the country to see the show and watch the team play. This season, fans were represented from over forty states and twenty-five countries throughout the season. We were blown away to hear story after story of fans driving hundreds of miles and even flying from countries near and far just to experience the Bananas. We are so grateful and proud of you for the tribe that has been built in this community.

The team responded to all the attention better than we could have ever imagined. Behind Coach Gillum’s leadership, the team excelled in every front, both on and off the field.

We dominated the West Division winning both the first half and the second half and led the league in numerous statistics. We also had eight CPL All-Stars and had a record 11 players sign MLB contracts.

We believe when you have fun, you play better. This team quickly became the most fun team in baseball. From epic dancing and theatrical hitter walk-ups, to over-the-top scoring celebrations and even new catcher throwdown tricks, this team tried it all. Six Bananas even performed in our first ever “Dancing with Bananas” weekly series that paired our players with professional dancers and pushed our guys to their dancing limit.

They did it all for you, as our fans first philosophy continues to guide our staff and players with everything we do.

You are the reason our players love playing here. You’re the reason they love to dance, wear kilts, sign autographs, take pictures, create videos, and make memories all summer long. We get over one thousand requests from players to play in Savannah each year. That is because of you.

Many of you have sent supportive letters and gifts, which we truly appreciate. You inspire us to continue to grow as individuals and as members of the organization. Because of our responsibility to you, we dream even bigger dreams for this team. You make us feel confident that this is just the beginning of what the Bananas can become.

Our goal is always to continue to make baseball fun and strive towards being the most fan-centric company in the world. We have a strong vision for Grayson Stadium and Bananaland and to spread more fans first fun all over the world in the years to come.

So, for all your support and encouragement, we thank you from the bottom of our hearts.

We love you Banana Nation. Thanks again for everything & Keep Going Bananas!